The Story Behind ‘Long Train Runnin’ By The Doobie Brothers 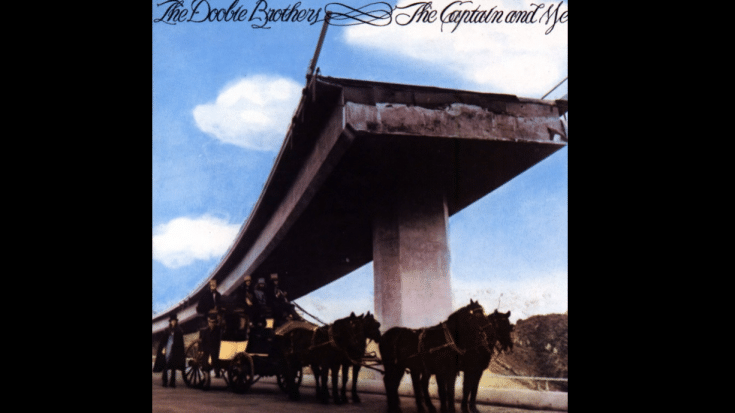 One Of Their Biggest Hits

“Long Train Runnin'” is one of hits on The Doobie Brothers’ third studio album The Captain and Me. It was a huge success for them, peaking at #8 on the US Billboard Hot 100. Written by lead vocalist and guitarist Tom Johnston, it developed from an untitled jam that they played every night on stage for years starting in 1971.

It was initially called “Rosie Pig Moseley” then “Osborne” and since it didn’t have any lyrics, Johnston would just make up the words as they performed. Patrick Simmons recalled that when they jammed, they only did the first verse over and over again.

Johnston later admitted, “I didn’t want to cut it. I just considered it a bar song without a lot of merit. Teddy [Templeman], on the other hand, thought it had some.”

It was producer Ted Templeman who convinced Johnston to write the words because he believed it could be a single – he was instrumental in the development of “Long Train Runnin'”. So Johnston obliged and penned the lyrics at the last minute. Johnston revealed that this was his usual songwriting process because he “wrote better under pressure” – he usually spent 20 to 25 minutes completing songs.

It was also Templeman who suggested writing about a train and adding a blues interlude.

Johnston told SongFacts, “None of that stuff really had any basis in anything. It was just out the top of my head, which, quite frankly, is where all lyrics come from. Songwriting’s a weird thing, and everybody does it differently. For me, I always write the music first, the words come later. But I’ve had songs that just seem to write themselves, and those are blessings for me, because you don’t have to sit there and strain your brain for hours trying to come up with the lyrics, it seems like they just flow out on the paper, and you don’t even have to think. Other songs, like ‘Long Train Runnin” – not that the words are that difficult or anything – it’s just finding the words that I thought fit the track. Took me a long time. I got into the whole train mode, and it’s just stuff that comes into your head. It’s not like I had a point of reference with anybody named Lucy, I had been around trains on and off throughout my life. Coming from the Central Valley in California, there’s a lot of trains running up and down that valley. And I assume that’s where some of that stuff probably came from.”

And as for the harmonies, they drew inspiration from Moby Grape and Crosby, Stills, and Nash.