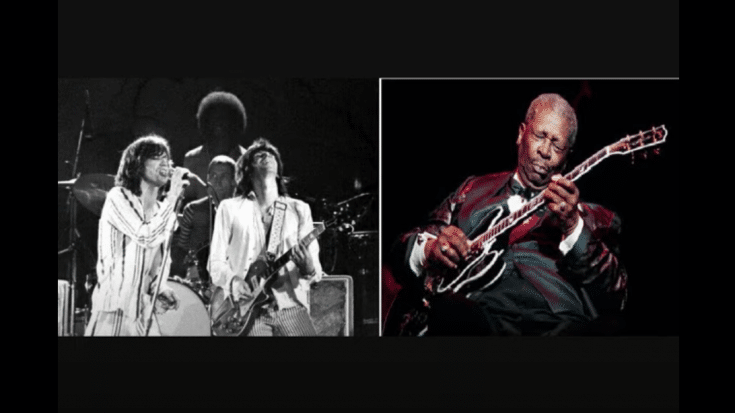 One Of The Greatest ’60s Albums

The Rolling Stones’ sound are rooted in blues. They were never shy about the fact that blues greats heavily influenced their music – and one of the titans in the genre is the late B.B. King who’s part of “Three Kings of the Blues Guitar”. But apparently, King also liked The Rolling Stones.

And in a 2008 interview with The Guardian, King talked about albums that inspired, influenced, or left an impression on him. And one of those records include The Rolling Stones’ 1968 “Beggars Banquet” which he cited as “one that helped break down people’s prejudices.”

King said, “The Stones were superstars. I supported them on tour in 1969 and to be able to do something with them was a godsend for me. It probably didn’t mean much to them, but it meant a lot to me. Keith [Richards] was always playing something and looking at me as if to say, ‘You can’t play this!’ I loved working with them and I’d work with them tomorrow if they’d let me.”

After B.B. King passed away on May 14, 2015, guitarist Keith Richards paid tribute to him saying that King’s “one of the greats—beautiful style. B.B. was a great guy, you know? He was one of the true gentlemen and I shall miss him a lot. I always had a great time with him when our paths crossed.”