The Story Behind “Rock And Roll” by Led Zeppelin 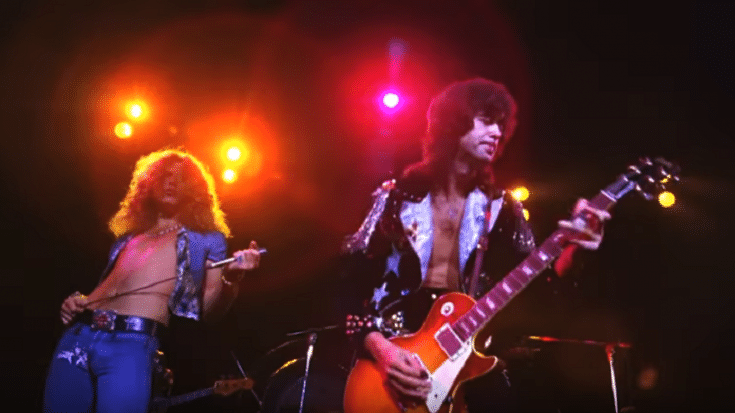 “Rock and Roll” is featured on Led Zeppelin’s untitled fourth studio album released on February 21, 1972. Based on a 12-bar blues progression which happens to be one of the most common structures in rock ‘n roll, guitarist Jimmy Page once explained that it developed from an impromptu jam session at the Headley Grange mansion. The band was working on “Four Sticks” when they came up with the idea for “Rock and Roll.”

They were getting frustrated with “Four Sticks” and to break the monotony, drummer John Bonham decided to spice things up a little. So he played the drum intro to Little Richard’s 1957 single “Keep A-Knockin'” and Page added a guitar riff. Since the tapes were rolling, they managed to complete the foundation of the song in less than thirty minutes. Robert Plant then worked on the lyrics which was his way of getting back at critics who put down their previous release as not “rock ‘n roll” enough.

In a 1988 interview with Creem, Plant revealed: “We just thought rock and roll needed to be taken on again. I was finally in a really successful band, and we felt it was time for actually kicking ass. It wasn’t an intellectual thing, ’cause we didn’t have time for that – we just wanted to let it all come flooding out. It was a very animal thing, a hellishly powerful thing, what we were doing.”

During recording, they enlisted the help of Rolling Stones pianist Ian Stewart.

“Rock and Roll” eventually became a staple in their live repertoire.