The Story Behind ‘Nowhere Man’ By The Beatles 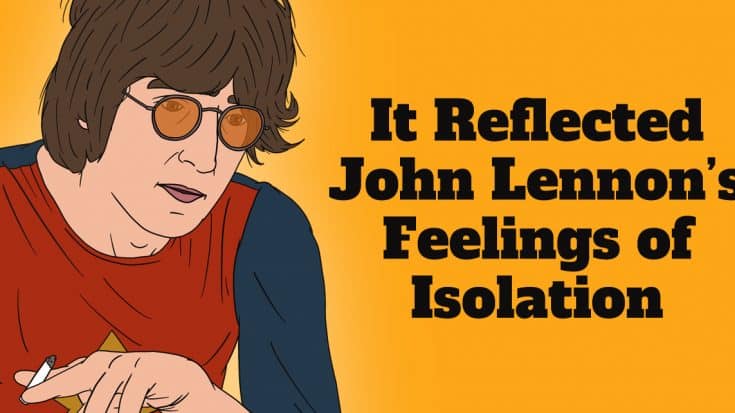 The Beatles released “Nowhere Man” on their 1965 album Rubber Soul. Written by John Lennon, it marked a pivotal point in his songwriting since it’s one of their first songs which wasn’t about romance or love. Instead, it was rather philosophical and came out of Lennon’s desperation to come up with new material for their upcoming record and his feelings of isolation when he stayed in his Weybridge home.

Lennon told David Sheff, “I’d spent five hours that morning trying to write a song that was meaningful and good and I finally gave up and lay down. Then ‘Nowhere Man’ came, words and music, the whole damn thing, as I lay down.”

When he’s away from the chaos of being in The Beatles, Lennon’s home life was pretty simple – he liked to sleep and dawdle. He often sat and stared into space for hours. He admitted, “If I am on my own for three days, doing nothing, I almost leave myself completely. I’m just not here.”

He was trying to come up with new songs for Rubber Soul when he suddenly thought of himself “as ‘Nowhere Man’ – sitting in his nowhere land.” He later told Paul McCartney that it was about himself, “an anti-John song.” At the time, he felt like he wasn’t going anywhere and was dissatisfied with so many things. He therefore channeled his feelings into a stellar track.

McCartney commented, “It led to a very good song. He treated it as a third-person song, but he was clever enough to say, ‘Isn’t he a bit like you and me?’ – ‘Me’ being the final word.”

“Nowhere Man” became a staple in the band’s live repertoire and it was part of their setlist for their final concert in 1966. It peaked at #3 on the US Billboard Hot 100.