The Story Behind “Lyin’ Eyes” By The Eagles 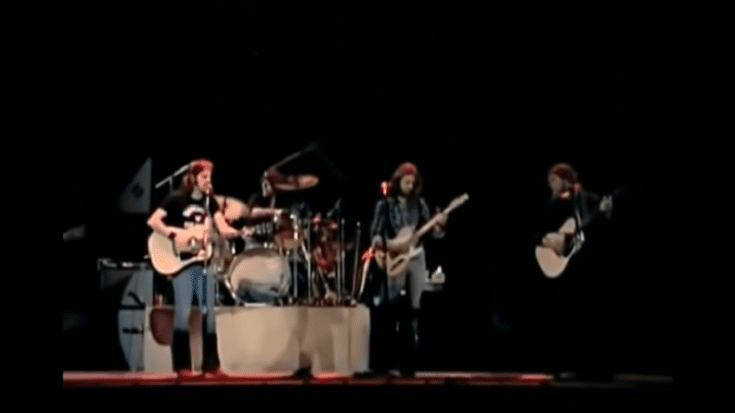 Don Henley and Glenn Frey got the title and idea for the song while they were hanging out one night at their favorite Los Angeles restaurant/bar Dan Tana’s. They were still struggling musicians at the time and they thought about all those beautiful women who were cheating on their husbands. And so while at the watering hole, they saw a stunning young lady with a fat and much older wealthy man. They laughed and Frey said, “Look at her, she can’t even hide those lyin eyes!”

And that was the light bulb moment for them. They suddenly scrambled for napkins to write down the lyrics. Henley claimed that Frey wrote most of the song but that he contributed the verses and the music.

Frey revealed that “…the story had always been there. I don’t want to say it wrote itself, but once we started working on it, there were no sticking points. Lyrics just kept coming out, and that’s not always the way songs get written.”

According to Henley in the History of the Eagles documentary, “It was about all these girls that would come down to Dan Tana’s looking beautiful. They’d be there from 8 O’clock until midnight having drinks with all of us rockers, then they’d go home because they were kept women.”

“Lyin’ Eyes” peaked at #2 on the US Billboard Hot 100 and it earned the band a Grammy Award for Best Pop Performance by a Group.