The Story Behind “Glad All Over” By Dave Clark Five 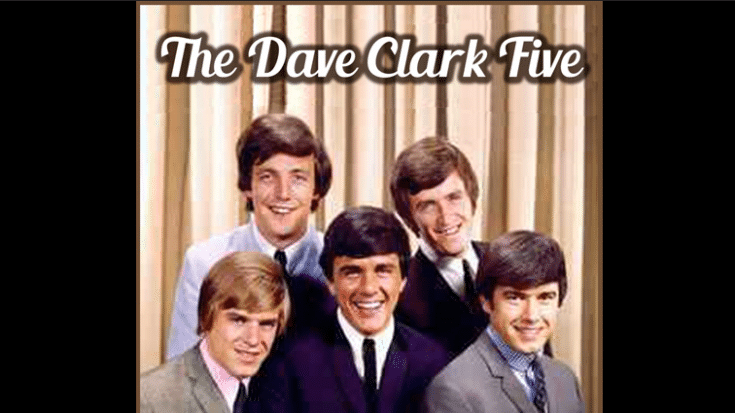 via The Dave Clark Five - Topic/YouTube

Written by Dave Clark and Mike Smith, “Glad All Over” became Dave Clark Five’s first big hit as it peaked at #6 on the US Billboard Hot 100 and #1 on the UK Singles Chart. It was massively successful that it managed to kick out The Beatles’ “I Want To Hold Your Hand” from the top spot which in turn, fueled the DC5 and Fab Four rivalry.

Aside from the call and response pattern, it features a thumping drum sound developed by engineer Adrian Kerridge. Smith got the idea for the title when he came across the Carl Perkins song “Glad All Over”.

He recalled (via 1000 UK #1 Hits by Jon Kutner and Spencer Leigh): “We had lost out on ‘Do You Love Me’ to Brian Poole and so Dave (Clark) thought we should do an original. He asked me to come up with something and I looked through my record collection for a suitable title.”

Clark added, “I knew that we needed a song with the thumps in. We had been playing dance halls and we were getting a great audience response to the stomping things we were doing.”

Clark revealed that it didn’t take them long to write this classic hit saying that “best songs are the ones you seem to do very quickly. It was a great hook, and a very simple one.”

Their success came at a time when they weren’t sure about the path to take career-wise. Looking back, Clark told SongFacts: “We started from nothing, and then we were very fortunate. I always said to the boys, ‘We’ll only go professional if we get two Top 5 records. If not, we just carry on and play for the fun of it.’ Well, fortunately ‘Glad All Over’ took off, and it was selling like 180,000 a day.”