The Shocking, Mysterious Link Between Buddy Holly And Mary Tyler Moore No One Knew About! 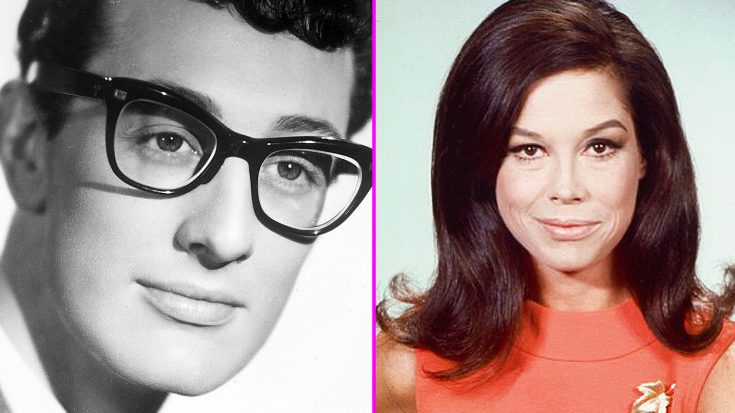 Rock legend Buddy Holly tragically passed away in a plane crash at the age of 22 in 1959, and recently, TV icon Mary Tyler Moore passed away at the age of 80. Many have no idea, but the two of these pop culture icons were a lot closer than most people know!

Mary’s career took off when she began starring in the Dick Van Dyke Show in 1961,  shortly after Buddy’s passing. Nine years later, Mary began starring in her own TV series The Mary Tyler Moore Show, which featured a catchy theme song was performed by The Cricketts, who were actually Buddy’s band! Marry loved the theme song, of course, and was a big fan of Buddy Holly. The writer of the song, Sony Curtis was actually a teenage friend of Buddy’s!

Years later, 1994 alternative rock band Weezer wrote a song titled “Buddy Holly.” In the chorus of the song, lead singer Rivers Cuomo sings “Oo-ee-oo I look just like Buddy Holly/
Oh-oh, and you’re Mary Tyler Moore/ I don’t care what they say about us anyway/ I don’t care bout that.” Marry actually loved the song by Weezer, and had them sign some pictures for her!

You can listen to the song down below! The music video is pretty amazing!