Football Fans Are Having A Good Time – But When This 80s Rock Anthem Plays, They Lose It 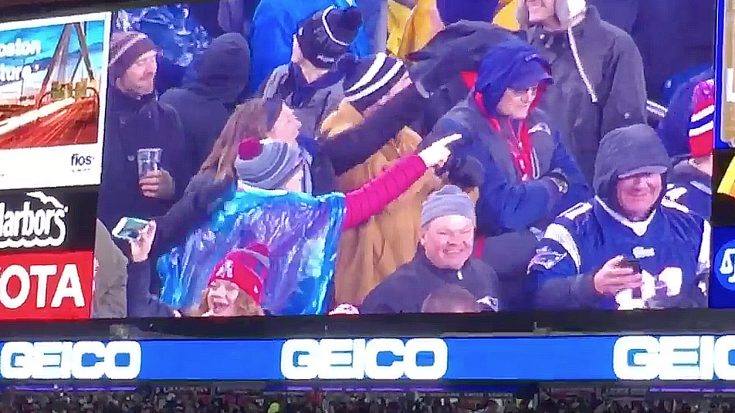 In the third quarter of the Patriots AFC title game against the Pittsburgh Steelers last Sunday, the New England Patriots took on a 27-9 lead that spurred them ever closer to the Super Bowl, prompting the 60,000 fans at Gillette Stadium to celebrate. This wasn’t just any old celebration, though – not with Jon Bon Jovi looking on from a private booth with friends Donnie Wahlberg and injured Pats player Rob Gronkowski!

As fans began to celebrate the very likely (and later secured) win against the Steelers, Bon Jovi’s own “Livin’ On A Prayer” came over the PA system, at which point the celebratory mood in the air turned into a full fledged party as the 55 year old rocker led the crowd and his booth mates on one hell of a rockin’ singalong, getting the crowd fired up and ready to kick off that 4th quarter and end it with a bang. If this is how Patriots fans celebrate before a win, we can only imagine the festivities if the Patriots clinch another Super Bowl win! Relive the magic of the moment in the video above and as always, enjoy!
Previous
Share on Facebook
Share on Pinterest
Next