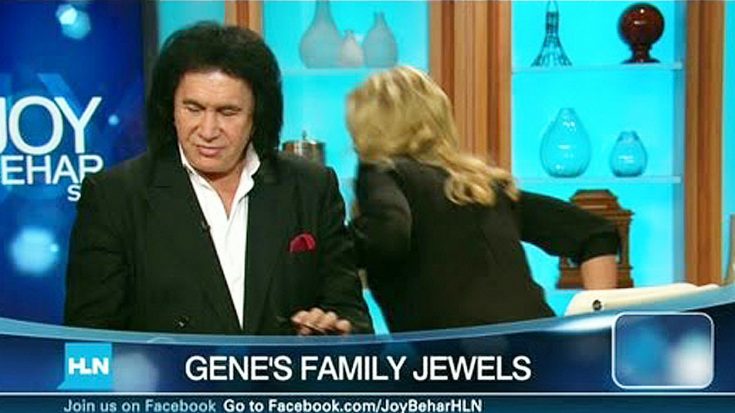 This Is Just Hard To Watch…

Whether you love him or hate him, Gene Simmons truly is one of the most successful and iconic rockstars/businessmen in the world today. Alongside his fellow KISS band members, he helped usher in an entirely new era of rock music and rock theatrics. What started as four guys in a rock band donned in scary black and white makeup is now a multi-million dollar global empire helmed by, you guessed it, Gene Simmons.

Being this successful and this powerful has not prevented the rock legend from accidentally saying the wrong thing from time to time. He is still very much a human just like the rest of us. He is a married man now, so that means the occasional episode of friction between him and his wife Shannon Tweed. Unfortunately for Gene, one such example was seen on live national TV.

What you’re about to watch is a video in which Gene Simmons and his wife Shannon Tweed are guests on The Joy Behar Show. The interview gets along rather well, at first. That is until Gene decides to crack a joke that Shannon Tweed is NOT okay with. See for yourself.