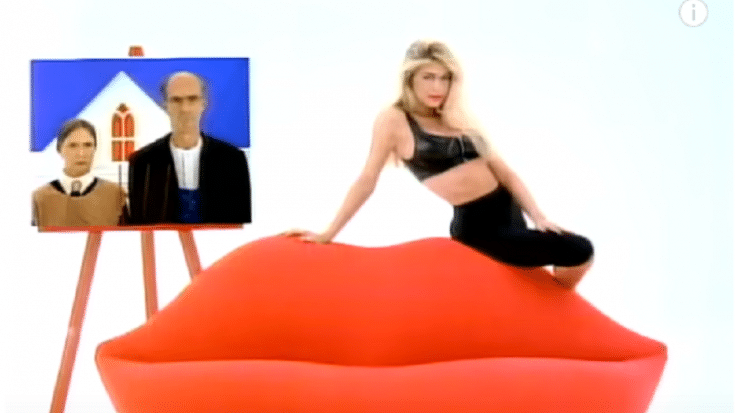 Even before music videos became a thing, rock ‘n roll never had any shortage of sex-themed songs. So it comes as no surprise that in the age of MTV, rockstars were dropping naughty and sexy videos left and right. Some of them went with the classic hot girls in sexy outfits and poses but of course, for artists like Marilyn Manson, they just had to push the boundaries. Besides, being banned isn’t a bad thing back then. Rockstars wore it like like a badge of honor.

Here are five of the sexiest music videos in rock.

It’s not as wild as the other videos on this list but it’s still pretty sexy. Besides, what else would you expect from a song with the lyrics “Tastes so good, make a grown man cry / Sweet cherry pie.” The song itself is considered a rock anthem but the music video was often voted as the worst ever made. You can see model Bobbie Brown in red outfits sometimes skating while holding a, guess what, cherry pie.

It’s not until the 1:43 mark when you see scantily-clad women who were supposed to be chemistry and Phys Ed teachers. Aside from strutting their stuff in the classroom, they also did it in the cafeteria. And you know what’s wild? They’re dancing in front of these high school students. Funny enough, the more controversial part is the crotch grab of the band members during the chorus.

Are we even surprised they chose a strip club theme for their video? They filmed at The Seventh Veil on the Sunset Strip and originally featured topless dancers. MTV rejected it so they settled with this cleaner version. Somehow, we can’t even imagine what the unsanitized version looked like.

This features Alicia Silverstone and Liv Tyler skipping class and driving off in a Ford Mustang convertible. It’s sexy but tastefully done. But, we can’t get over the fact that Liv is pole-dancing in her father’s music video and even copying his signature moves. That tiny detail somehow made this video weird.

Marilyn Manson’s music videos are either explicit, disturbing, or both. This is no exemption. From two women bound by their corsets to the dancing pin-up girls and of course, one of the highlights of the video – Manson’s then-girlfriend burlesque star Dita Von Teese dancing in a giant martini glass, it’s a little tame by Manson standards. To be fair though, it’s a top-notch video.