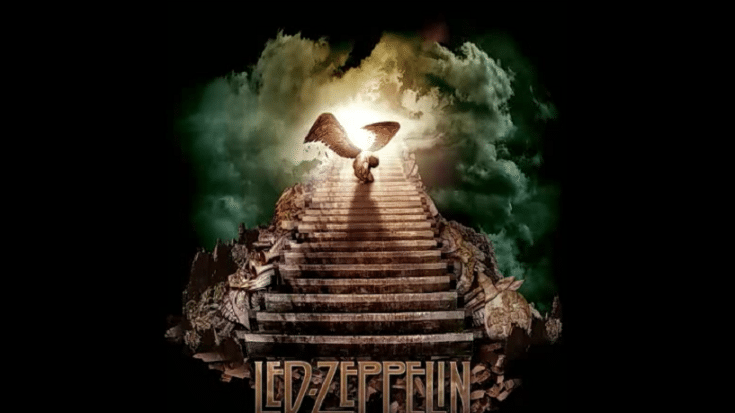 Led Zeppelin was always known for their powerful, in-your-face rock anthems which helped shape heavy metal. From the blistering guitar solos to the mind-blowing drum fills, they didn’t create hard rock but they sure have perfected that sound. Nevertheless, if there’s one thing critics have learned over the years, it’s that there’s no point underestimating the band because they always proved them wrong.

Each of the member were virtuoso musicians and it showed through their music. While most of their popular tracks were loud, bold, and ambitious, they also have these acoustic gems that proved Led Zeppelin can go for slow and subdued.

If you think it sounds a lot like Crosby, Stills, Nash, and Young’s “Carry On” then you’re right. The band wanted an Indian sound but didn’t find the need to bring in Indian musicians so they took it upon themselves to do the arrangement and play the song. In 1972, Robert Plant and Jimmy Page re-recorded it with an orchestra from Bombay. Page revealed that he wrote this after an argument with someone, “I was inspired, I guess, by this feeling: I’ve just got to release this somehow.”

Initially released as the B-side of “Immigrant Song”, it later reappeared in a boxed set collection in 1990. Because it’s one of those rare Led Zeppelin tracks that you couldn’t just find anywhere, the scarcity somehow helped amp up its appeal to the public. Interestingly, Led Zeppelin never played this live but Plant and Page performed it during their 1995 tour. John Paul Jones shined in this piece because aside from his bass duties, he also had to add his mandolin and acoustic guitar.

Two minutes of epic acoustic goodness. It’s their shortest song but clearly one of the Page’s finest works. Speaking about the 18th century cottage where they wrote this, Page shared: “Robert (Plant) and I went to Bron-Yr-Aur in 1970. We’d been working solidly right up to that point. Even recordings were done on the road. We had this time off and Robert suggested the cottage. I certainly hadn’t been to that area of Wales. So we took our guitars down there and played a few bits and pieces. This wonderful countryside, panoramic views and having the guitars … it was just an automatic thing to be playing. And we started writing.”

The song is dark and haunting – about a man trying to delay his hanging until his family can come rescue him. Speaking to Melody Maker, Page said: “We have completely rearranged it and changed the verse. Robert wrote a set of new lyrics. That’s John Paul Jones on mandolin and bass, and I’m playing the banjo, six-string acoustic, 12-string and electric guitar. The bloke swinging on the gallows pole is saying wait for his relatives to arrive. The drumming builds nicely.”

This proved that Led Zeppelin’s far from being one-dimensional. Partly inspired by J. R. R. Tolkien’s The Lord of the Rings, this is one of those very few times when the band brought in other artists to collaborate with them. For this song, they got singer Sandy Denny to duet with Plant. She even got her own symbol on the album sleeve. Plant told Uncut, “If it suffered from naivete and tweeness—I was only 23—it makes up for it in the cohesion of the voices and the playing.”

A live staple at their concerts, they recorded this at the Stargroves garden because they wanted to achieve a different feel to it. And boy, they definitely accomplished that. It captured the whole outdoors vibe and they almost abandoned the song when an airplane passed them by overhead but they decided to leave it on.

Another acoustic song inspired by J. R. R. Tolkien which is enough explanation why the lyrics don’t make much sense. Driven by Page’s acoustic strums, it’s no wonder why this became one of their most popular and enduring tracks. It also remains a staple in classic rock radio stations.

Page and Plant reworked this Anne Bredon original. Page explained: “I worked out this arrangement using a more finger-style method and then having a flamenco burst in it. Again, it’s light and shade and this drama of accents; using the intensity of what would be a louder section for effect.”

Another song written at the Bron-Yr-Aur cottage, it was originally called “The Boy Next Door.” From the acoustic guitar to the vocal performance, it’s strangely moving. The band surprised fans because for someone as powerful as them musically, they could hold back and create this beautifully magical ballad. Plant said, “There was a delicacy about it too, and a lot of great craft.”

Led Zeppelin can go from hard rock to acoustic ballad and it’s seamless every time. Like some of their other songs, Plant isn’t exactly proud of the lyrics and even said it “might be a bit embarrassing at times lyrically, but it did sum up a period of my life when I was 22.” It’s a song that started out being about earthquakes and developed into something more.