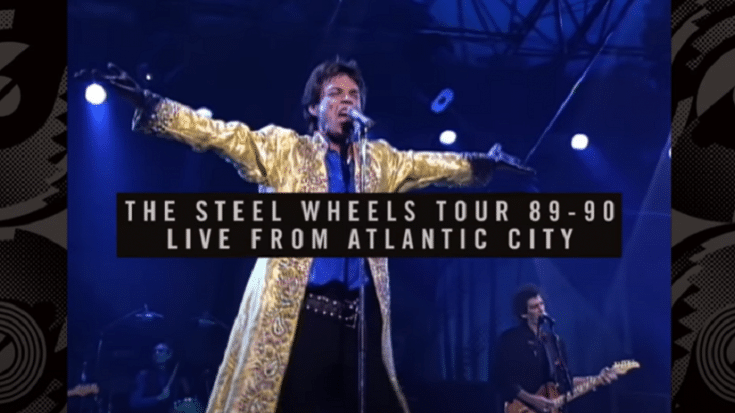 The Rolling Stones are set to issue their previously unreleased concert film “Steel Wheels Live” on September 25 via Eagle Rock Entertainment. It follows the band during their three-night run in December 1989 at the Convention Center in Atlantic City, New Jersey and includes appearances from Eric Clapton on “Little Red Rooster”, John Lee Hooker with Clapton on “Boogie Chillen”, Axl Rose and Izzy Stradlin on “Salt of the Earth” to name a few.

Those three gigs wrapped up their extensive North American trek in support of their LP “Steel Wheels.”

They previewed the upcoming release with a short trailer which you can watch below. According to the video description, “Having not hit the road for most of the 80s, The Steel Wheels Tour was an astounding return for the Rolling Stones, not least as it was the longest they had by that point undertaken. It was also to be their last with Bill Wyman.”