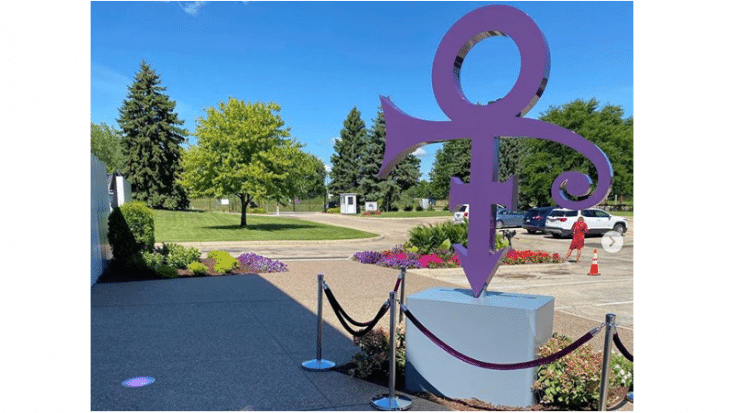 As a tribute to the late legendary rocker, a statue of Prince’s iconic Love Symbol has just been erected at Paisley Park in Chanhassen, Minnesota. At eleven feet tall and six feet wide, the statue is of course in purple – Prince’s signature color. Installed right at the entrance of the 65,000 square-foot compound, fans can stop by during business hours and take photos for free but there’s an admission fee when entering the estate and production complex.

According to Paisley Park’s Executive Director Alan Seiffert, “The installation of the Love Symbol is another exciting moment for us at Paisley Park in our continuing efforts to celebrate Prince’s legacy. With the challenges that our world is currently facing, we are happy to share a piece that showcases this expression of creativity and freedom.”

He also added, “We really wanted to have a place for people to take that moment to celebrate being here.”

Prince first introduced the Love Symbol in 1992 for his album of the same name.

Back in June, Prince fans have launched a petition to replace a statue of Christopher Columbus with a monument dedicated to Prince. The campaign, which actually began in 2017, concludes with: “Prince represents Minnesota values and Columbus does not.”

Always one for unexpected surprises... ?✨