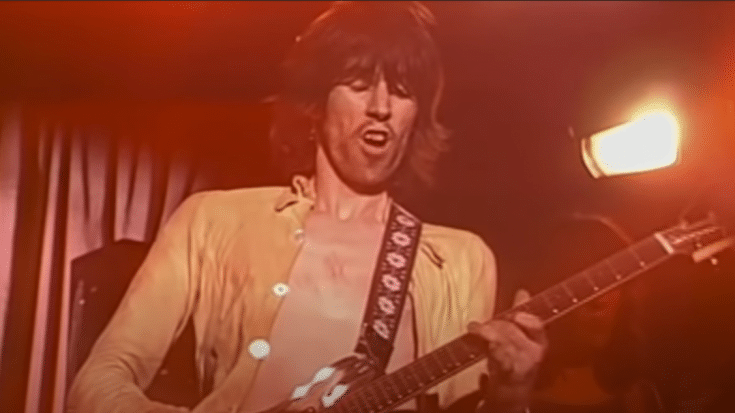 The Rolling Stones At Their Absolute Best

On March 26, 1971, The Rolling Stones played at the iconic Marquee Club in London. This historic gig saw an elite audience that included fellow rock icons such as Eric Clapton and Led Zeppelin’s Jimmy Page. In this rare appearance, good thing there was a film crew to record the intimate show. The band showcased four songs to preview their then-upcoming album Sticky Fingers – one of which was the opening track and lead single Brown Sugar.

Written mostly by frontman Mick Jagger, the lyrics have long attracted controversy because of its subject matter which is slavery. They recorded it for over three days at Muscle Shoals Sound Studio in Sheffield, Alabama.

Jagger explained, “The lyric was all to do with the dual combination of drugs and girls. This song was a very instant thing, a definite high point”.

It wasn’t long before Brown Sugar achieved classic status and has since become one of the Stones’ most enduring songs. Jagger believes that its success can be attributed to its “good groove” in addition to the lyrical ambiguity. It was a hit in several countries and became a part of their live repertoire. During performances though, Jagger sometimes changed the lyrics.