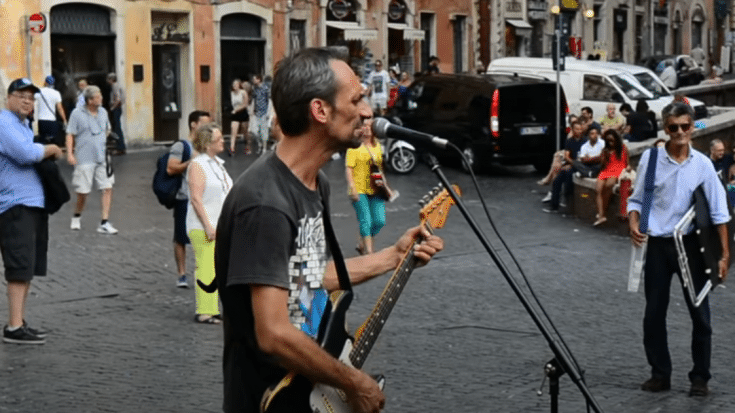 Pure Magic – Check It Out

This video went viral shortly after it was shared online in 2015. As of this writing, it already amassed over seven million views!

Meet Serin Halim, a busker in Rome, Italy who’s already pretty well-known among tourists and locals. He’s often seen playing near the Parthenon. Armed with a black Stratocaster and an amplifier, he performs the Pink Floyd classic Time in front of a crowd who can’t help but record his performance because well, it’s pretty spectacular.

Even as a cop approaches him, he doesn’t even miss a note. Check it out below.

Time is the fourth track on Pink Floyd’s eighth studio album The Dark Side of the Moon. It’s the only one in the album credited to all band members. The song starts with clock sound effects courtesy of engineer Alan Parsons. Guitarist David Gilmour recalled that they were working on Time when Parsons “said “Listen, I just did all these things, I did all these clocks,” and so we wheeled out his tape and listened to it and said “Great! Stick it on!””

They performed it live several times and when he went solo, Roger Waters also included it in his live repertoire.