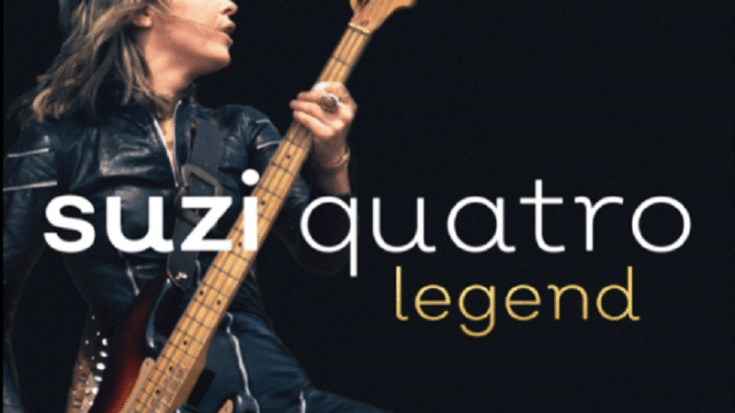 Suzi Quatro rose to prominence in the 1970s thanks to a string of hits. She has sold more than 50 million records worldwide and at 70 years old, she continues to perform live. Here are her best songs:

Her first single to land at #1 in the UK, it was three years after its release when it finally became a hit in the US. She told Jon Kutner and Spencer Leigh, “I can hear a record for the first time and know whether it will be a hit. And I knew as soon as we had finished recording that we had a big hit on our hands.”

A glam rock anthem, it was written by Mike Chapman and Nicky Chinn who didn’t tell Quatro what the song’s about. So she interpreted it as being about male menopause. She admitted to SongFacts, “It’s crazy lyrics, but to me, that makes sense. And back then, Mike used to write kind of nonsensical lyrics. But it’s one of the favorites around the world. So, I say it’s about the male menopause.”

Released in 1975, this straightforward rocker is pretty catchy and still had badassery written all over it. In typical Suzi Quatro fashion, the sound is aggressive and heavy-hitting.

A staple in her compilation albums, it’s a fan favorite and one of her most unforgettable tracks.