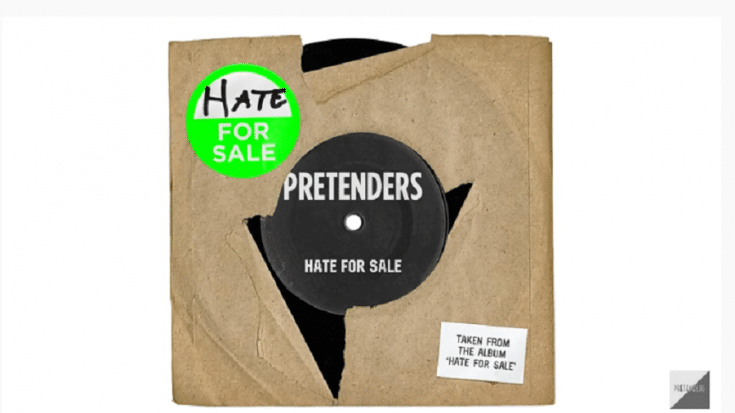 They Also Delayed Their Album Release

Because of the retail restrictions in place due to the coronavirus pandemic, The Pretenders have moved the release date of their upcoming album titled “Hate for Sale.” It will be out on July 17 instead of May 1 – even so, they did unveil its title track on Tuesday.

Frontwoman Chrissie Hynde said, “We all love punk, so I think it would be fair to say that ‘Hate for Sale’ is our tribute to the punk band I considered the most musical of the genre — the Damned.” It’s the second preview of their new album, the band dropped the lead single “The Buzz” just last week.

The ten songs were written by Hynde and guitarist James Walbourne, who joined the group in 2008. Speaking about the collaboration, Hynde revealed: “I wanted to write with him since day one. James is especially sought after and has recorded with Jerry Lee Lewis, Dave Gahan and the Rails, to name but a few. We always planned on writing while on the road, but as anyone in a band will tell you, being on tour is a procrastinator’s dream come true.”

They will kick off their tour in support of “Hate for Sale” this May 15 at the Sunlight Supply Amphitheater in Washington.