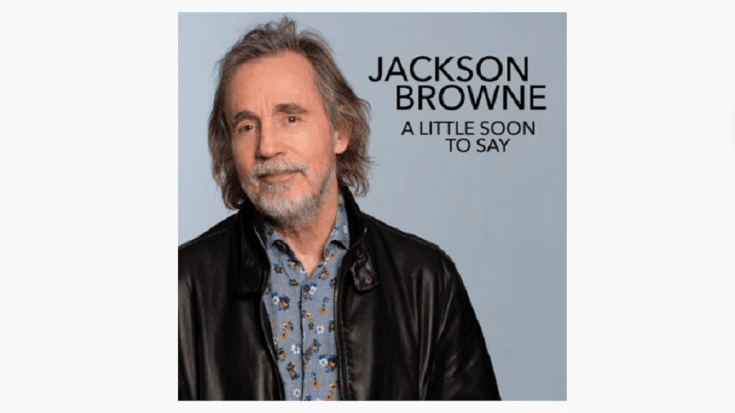 On Tuesday, singer-songwriter Jackson Browne announced that he tested positive for coronavirus. Shortly after, he released his new song titled “A Little Soon to Say” from his upcoming album, out on October 9. Written before the COVID-19 outbreak, it will be available digitally on March 27, Friday. Browne realized it’s timely to drop the track now.

He told Rolling Stone, “I thought, ‘Just do that now.’ Just put it out now while these things are so uncertain.” Speaking about his inspiration, he revealed: “[I was] thinking about the generation — the Parkland students, and Greta Thunberg, and the young people who have been very vocal, saying, ‘You’re not making any real attempt to change things in a way for us to have the planet you had.’ How do you pass this mess on to the next generation, the future generations?”

He’s set to embark on a summer tour with James Taylor which will kick off on May 15 in New Orleans. As for now, he’s on self-quarantine at home since he experienced mild symptoms for the past ten days. On Wednesday, he shared that he donated $1 million to Massachusetts General Hospital to help in the fight against the coronavirus pandemic.