The Names Of Legendary Rock Bands That Came From A Song 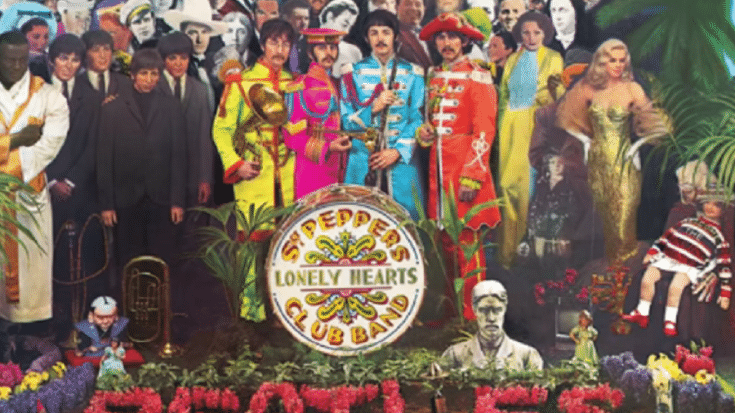 Perhaps one of the biggest decisions every band has to make is coming up with their name. It’s both tricky and downright difficult. And the thing is, that name will stick with them throughout their career and so it has to be unique and something that people can easily remember. Legendary bands drew inspiration from various things, places, or people around them but for the following groups, they took their names from songs they’ve heard or loved.

Badfinger went through a couple of names – The Black Velvets and the Wild Ones when they were starting out. Then they settled on The Iveys by 1964 and were signed to Apple Records. Since they were often confused with The Ivy League, they decided to change their name again and this time, they used the working title of The Beatles’ “With a Little Help from My Friends” which was “Bad Finger Boogie” – at the time, John Lennon was using only one finger on the piano because he injured his forefinger.

They got their name from a line in a song titled “Coffee Blues” by blues musician Mississippi John Hurt. The line goes, “I wanna see my baby ’bout a lovin’ spoonful, my lovin’ spoonful.”

After briefly touring in Denmark and Sweden, it was guitarist Ritchie Blackmore who suggested the name “Deep Purple” – inspired by the piano composition of Peter DeRose and which was also his grandmother’s favorite song. The other option they had was Concrete God so yes, they opted for the first.

Inspired by two of the biggest rock acts in the ’60s – The Beatles and The Rolling Stones – they took their name from The Band’s 1968 classic “The Weight”. The first line goes, “I pulled into Nazareth, was feelin’ about half past dead.”

One of their major influences was Muddy Waters and during a phone call with Jazz News, founding member Brian Jones was asked by the journalist about their name. Jones then saw Waters’ record on the floor and one of the songs was the 1950 “Rollin’ Stone”.

One of the greatest heavy metal bands of all time, bassist Brian “Bruno” Stapenhill got their name from Bob Dylan’s “The Ballad of Frankie Lee and Judas Priest” – a song from his country rock album “John Wesley Harding.”

They were originally called On A Friday and after signing with EMI, the record label asked them to change their name. They then became Radio Head – inspired by Talking Heads’ “Radio Head” from their 1986 album “True Stories.”

Brothers Nic Cester and Chris Cester grew up listening to their father’s classic rock records from the 1960s and 1970s. And of course they came across albums from Paul McCartney and Wings. “Jet” is from Macca’s 1973 LP “Band on the Run” and it was inspired by his black Labrador named Jet.

Their musical influences include The Rolling Stones, Bob Dylan, and David Bowie. “Kooks” was featured on Bowie’s “Hunky Dory” record and it was dedicated to his son Duncan Jones.

After Lemmy Kilmister was dismissed from Hawkwind, he formed Motörhead – the name was inspired by the last track he wrote for his previous band.