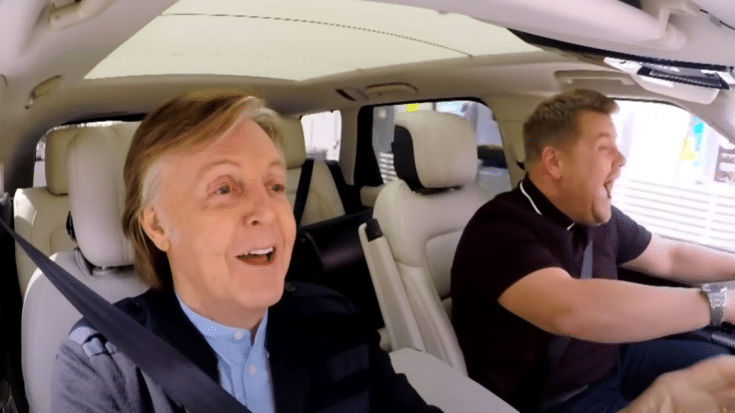 He Kept Backing Out

Host James Corden previously revealed that his favorite Carpool Karaoke episode was with Paul McCartney as his guest. Now in a recent interview with Paley Center for Media, Corden talked about how difficult it was for him and his team to keep Macca from backing out. He called it “thrilling”.

McCartney apparently already knew about the segment so it was easier to explain and they weren’t exactly strangers to each other.

Corden recalled, “He said, ‘I’m in, I’ll do it, I can’t wait.’” Corden proceeded to discuss where they’re driving around and of course, the “big gig at the end.” But McCartney had a change of heart. Corden explained that “About a month later the message came through to us that he’d canceled, he didn’t want to do it; he’d got cold feet for some reason. Then he was back in again two weeks later.”

That wasn’t the end of it because just a few days before they were gonna fly to Liverpool, Corden received an email saying that once more, McCartney changed his mind. It also read, “He just feels this is the wrong sort of thing for him right now. He’d still like to do it one day.”

Despite many setbacks, in the end, Paul McCartney proceeded to do the segment and well, it remains one of the most iconic episodes of the show. Check out the rest of Corden’s interview below.