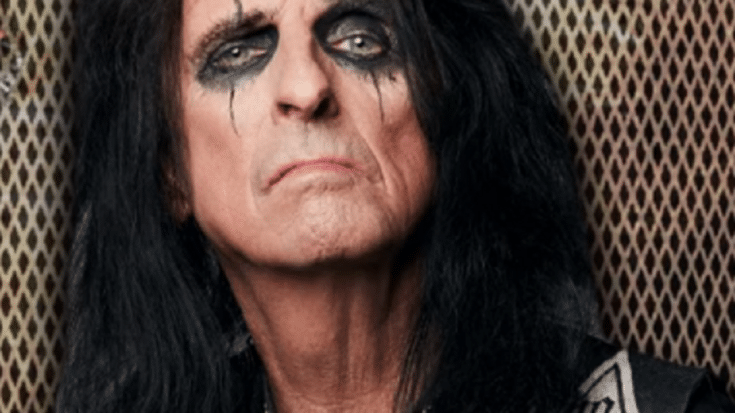 Alice Cooper recently appeared on The SDR Show where he talked about the evolution of his shows, Bette Davis’ contribution to his look, stories behind his songs, mishaps and accidents on stage, and the truth behind some of the most popular rumors about him and his career. One of the things he discussed was his drug use particularly the time guitar god Jimi Hendrix gave him a joint and it turned out to be Cooper’s first experience smoking weed.

Cooper recalled, “I’m sitting there after the show. I went to see them [Hendrix and his band]. [W]e were just a little high school band, but they said, ‘Hey, come on up to the hotel room.’ And we were sitting on his bed, and Jimi goes, ‘Here, man’ [with a joint], and I went, ‘Okay.'”

“[Hendrix] goes and puts a quarter in the bed – you know, the vibrating bed. There was like eight people sitting on the bed,” he continued. “And he goes, ‘We’re on a spaceship!’ And I went, ‘Okay.'”

Cooper also remembered his worst drug experience which happened in Detroit and with crystal THC. He called it “weird” and “strange”. Watch the rest of his interview below.