The Most Insane Things Jim Morrison Did 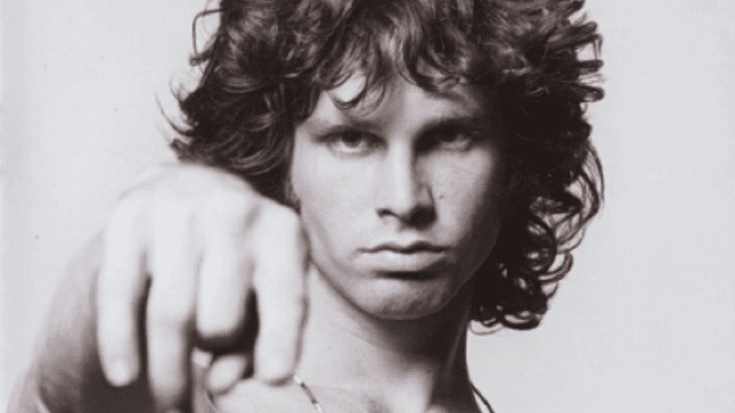 Jim Morrison remains as one of the greatest frontmen of all time. But he was also wild, unpredictable and erratic. He was a creative genius – from his songwriting to his spoken poetry. However, taking all that out of the equation and you’re left with a rockstar who lived life on the fast lane and basically did whatever he fancied.

On and off stage, his crazy antics became as legendary as himself. Now let’s take a look at some of the most insane things he did.

8. He has 20 paternity suits pending against him.

Aside from his serious relationships, he also had sexual encounters with fans, groupies, and even members of other iconic groups.

7. He had a secret code with January Jansen so they can swap women.

January Jansen was Morrison’s best friend and the guy who designed his leather outfits. Jansen shared that since they looked so much alike, they decided to create a code when they got bored with their own woman. Their hotel rooms were often next to each other, and when one leaves and slams the door twice, it’s a sign to the other that they need to switch rooms and therefore, swap their women too.

6. He’s the first to be arrested mid-performance.

On December 9, 1967, The Doors were performing in New Haven, Connecticut. Prior to the show, Morrison was making out with a female fan when a police officer who didn’t recognize him told him to leave. He told the officer “Eat it.” He took out a Mace and warned them “Last chance.” To which Morrison responded with, “Last chance to eat it.”

He was maced but when the officer found out who he was, he apologized to Morrison. Apparently still pissed off, Morrison started taunting the cops on stage. He called the particular officer a “little blue man in a little blue hat.” He was arrested and charged with inciting a riot, indecency and public obscenity.

5. He and a friend got drunk and heckled a flight crew.

He and actor Tom Baker were on their way to a Rolling Stones concert in Arizona when the flight got delayed. Bored and with time on their hands, they eventually consumed too much alcohol and during the flight, caused enough outburst that the captain threatened to turn the plane around and have them arrested. When they arrived, they were charged with drunk and disorderly conduct, and interfering with the flight of an aircraft.

4. He had a dart board filled with Playboy photos.

Terry McCartney-Filgate was Morrison’s college teacher. One time, Morrison asked for his help and so Filgate went to his apartment. He said:

“I had agreed to play a small role, running a projector. I noticed that Jim had made a dart board on his wall of Playboy centerfolds. I remember thinking: Jim is not very fond of women. When I told him this, he just laughed. He was not very communicative. He was a loner.”

3. A woman found him sleeping on her porch.

Eleanor Brough was about to grab her morning paper when found a man sleeping drunkenly on her porch. She immediately called the police only to find out it was Morrison who was so drunk he ended up passing out in her neighborhood. He was charged with public drunkenness.

2. He’s not the only one to do this but Morrison was notorious for urinating in public.

He once urinated on a fire hydrant and at the bar in Barney’s Beanery.

1. At a concert in Miami in 1969, several fans claimed Morrison exposed himself mid-performance.

He was arrested due to indecent exposure. However, keyboard player Ray Manzarek said that Morrison only lifted up his shirt and asked the audience if they wanted to see more. He added:

“They hallucinated. I swear, the guy [Morrison] never did it. He never whipped it out. It was one of those mass hallucinations.”