Here’s Everything You Never Knew About Bob Dylan 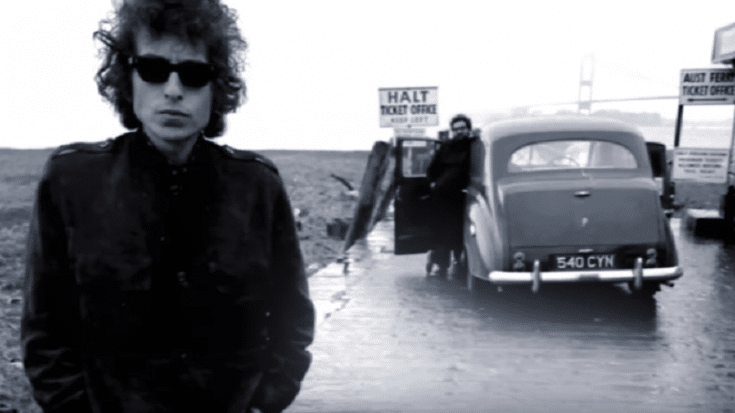 With a career spanning almost six decades, Bob Dylan remains mysterious and elusive. If there’s one absolute thing we know about him, it’s that he does what he wants when he wants. Take for example his Nobel Prize for Literature – he didn’t respond to the announcement or pick up the award until several weeks later. Then, there’s also the matter of his guesting at The Ed Sullivan Show where instead of agreeing with the rules, he simply packed his things and walked out.

So in honor of this legend who recently celebrated his 78th birthday last May, here are some of the lesser-known facts about him.

10. He always knew what he wanted to do with his life.

For his high school yearbook, he listed his goal as “To join Little Richard.” At a talent show, he even performed a Little Richard song with his band!

9. He was a huge fan of folk legend Woody Guthrie.

When he moved to New York, he searched for Guthrie and found him at the Greystone Park Psychiatric hospital in New Jersey – he suffered from Huntingdon’s disease. Dylan even played the song he wrote for Guthrie called Song to Woody.

8. He opened for The Smothers Brothers.

It was Walt Conley who let Dylan be the opening act for the Smothers Brothers in Denver. It was a brief stint though.

7. He used another pseudonym before Bob Dylan.

Born as Robert Allen Zimmerman, he once called himself Elston Gunn when he joined Bobby Vee’s band, The Shadows. He eventually went by the name Bob Dylan.

Benedict was Cardinal Joseph Ratzinger at the time and wasn’t too enamored with Dylan and his music. He wrote:

“There was reason to be skeptical, — I was, and in a certain sense I still am, — to doubt if it was really right to let these types of prophets intervene.”

5. Charlie Chaplin was one of his influences.

In an interview with Robert Shelton in 1961, Dylan said:

“He [Charlie Chaplin] influences me, even in the way I sing. His films really sank in. I like to see the humor in the world. There is so little of it around. I guess I’m always conscious of the Chaplin tramp.”

Dylan even has an album called Modern Times which is also the title of Chaplin’s 1936 comedy film.

4. One of his classic hits “Like A Rolling Stone” was originally 10 pages long.

He told journalist Jules Siegel in 1966:

“It wasn’t called anything, just a rhythm thing on paper all about my steady hatred directed at some point that was honest. In the end it wasn’t hatred, it was telling someone something they didn’t know, telling them they were lucky. Revenge, that’s a better word. I had never thought of it as a song, until one day I was at the piano, and on the paper it was singing, “How does it feel?” in a slow motion pace, in the utmost of slow motion.”

Dylan wrote songs for Ali and even went to see his fight at the Madison Square Garden. After Ali’s death, Dylan wrote on his website:

“If the measure of greatness is to gladden the heart of every human being on the face of the earth, then he truly was the greatest. In every way he was the bravest, the kindest and the most excellent of men.”

2. He refused to speak for a week after Elvis Presley died.

1. He appeared in a Victoria’s Secret commercial.

“If you were going to sell out to a commercial interest, which one would you choose?”

And he simply replied, “Ladies garments.” The guy’s true to his word.