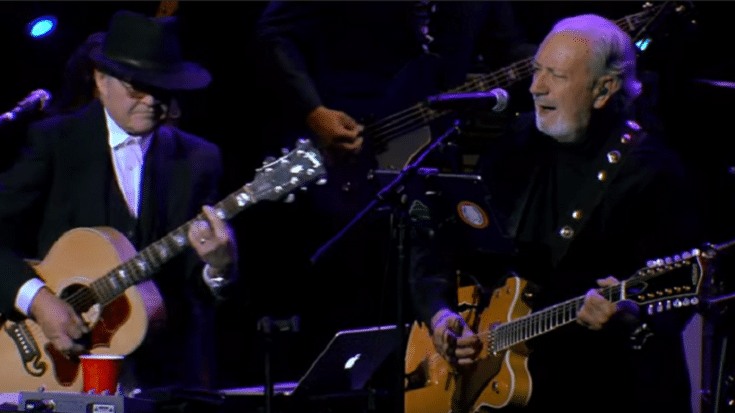 It Takes You Back To The Good ‘Ole Days

Their first official live album, The Mike & Micky Show Live, out on April 3 features 25 career-spanning songs. The release date coincides with the start of their North American tour which kicks off at the Commodore Ballroom in Vancouver. It wraps up on April 26 at the Schermerhorn Symphony Center in Nashville, Tennessee.

The Mike & Micky Show Live was recorded in March 2019 and it features some of their classic hits like “Last Train To Clarksville,” “I’m A Believer” and “Daydream Believer.” In addition, they also included tracks they didn’t perform live back in their heyday.

Mike Nesmith told Rolling Stone in December: “Mick and I are in fine fiddle and fine form and fine voice and everything. So we’re having a good time and the audiences that come to have an evening of nostalgia and Monkees music played well have showed up at the right place at the right time.”

Aside from 2018’s “Christmas Party,” their last album is 2016’s “Good Times” which commemorated the band’s 50th anniversary. It was their first studio effort since the death of founding member Davy Jones and it featured Micky Dolenz, Michael Nesmith, and Peter Tork.