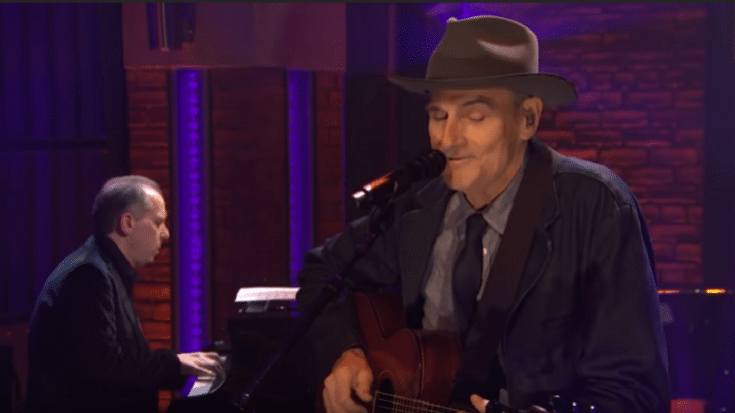 via Late Night with Seth Meyers/YouTube

James Taylor performed his recent single “Teach Me Tonight” during an appearance on Late Night With Seth Meyers. The song is from his twentieth studio album “American Standard” which was released on February 28. “Teach Me Tonight” is a jazz classic written by Gene De Paul and Sammy Cahn. It’s been covered dozens of times most notably by Aretha Franklin, Frank Sinatra, Nat King Cole, Stevie Wonder, and Amy Winehouse.

For his version, James Taylor turned it into an acoustic ballad number. And yes, it’s as beautiful as you’d expect.

Speaking about his “American Standard” album, he said, “I’ve always had songs I grew up with that I remember really well, that were part of the family record collection — and I had a sense of how to approach, so it was a natural to put American Standard together. I know most of these songs from the original cast recordings of the famous Rodgers and Hammerstein musicals, including My Fair Lady, Oklahoma, Carousel, Showboat and others.”

Check out his breathtaking performance below.

Meanwhile, Taylor just made history after becoming the first act with a top 10 album in each of the last six decades – from the ’70s to the ’20s.