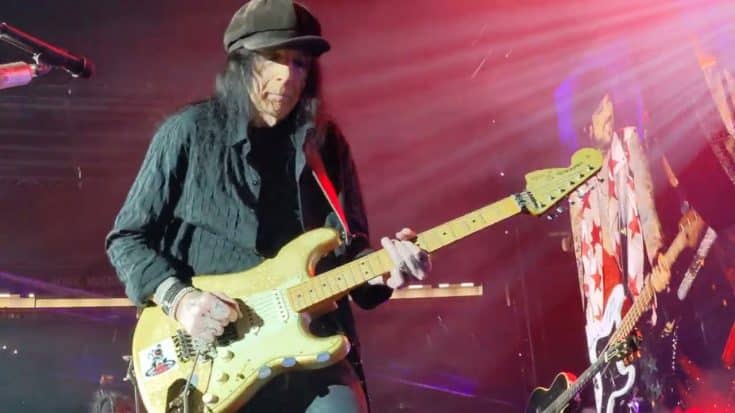 The crowd during Motley Crue‘s final stop of the hugely successful Stadium Tour with Def Leppard were unaware that they’d be witnessing Mick Mars’ last performance with the band.

Just recently, an official statement from Motley Crue came up announcing Mars’ retirement from touring. Although he will still remain a member of the band, fans will no longer see him performing live on stage.

For more than four decades, Mars became of service and did his guitar roles in the infamously volatile band. Unfortunately, the guitarist had to take his rest due to his health issues, specifically ankylosing spondylitis, the chronic, inflammatory form of arthritis that plagued him for years.

During their Las Vegas performance, Motley Crue took the stage with their typical fury, thus making Mars’ health issues not evident. They performed the final set on a lineup that included Joan Jett, Poison, and co-headliner Def Leppard. The Crue started with “Wild Side” and from there, the band performed some of their biggest hits, including “Shout at the Devil,” “Too Fast for Love,” and “Don’t Go Away Mad (Just Go Away).”

Mars successfully maintained his steady presence throughout the night by contributing his distinctive riff. Yet rarely stealing attention away from the band’s more flamboyant members. However, he was the only Motley Crue musician who didn’t address the crowd that evening. After the final tune “Kickstart My Heart,” they formed at the center stage for a triumphant embrace.

Tommy Lee, who was the star of the night due to his viral nude photos, encouraged fans to yell “Fuck yeah” and kicking his drumsticks into the audience. Mars, on the other hand, was more reserved. He can be seen smiling and waving to the crowd before exiting the stage. Check out the video below.