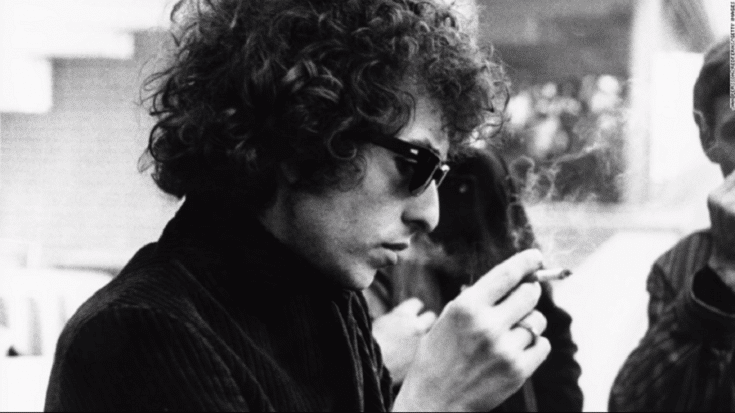 He’s An Artist And A Genius Through and Through

Bob Dylan is a singer, songwriter, poet, and novelist. And no other figure in rock ‘n roll is more influential than him – culturally, musically, and even literary-wise. Undoubtedly, he is THE pop culture icon.

Dylan has always been involved in politics and he’s always made known his stance against racism. The Great March on Washington on August 28, 1963 may be best remembered for Martin Luther King Jr.’s “I Have A Dream” speech but Dylan was also there, sharing the stage with Mahalia Jackson, Joan Baez, and Marian Anderson. He performed “When the Ship Comes In”. In the 1960s, Dylan became the voice of a generation. In that particular decade, so many things happened and somehow, Dylan & his music were part of almost all of it. It was his creative peak and his body of work reflected the times. Both “Blowin’ in the Wind” and “The Times They Are a-Changin'” were used as anthems for the civil rights and anti-war movements. He did churn out other important works after the ’60s but it was during this period when his cultural influence was most significant.

Now that’s not to say he’s the only important rock ‘n roll act as there are many. But he’s a major figure, undoubtedly and undeniably. Musically, it was also in the ’60s when he created the most impact especially with the trilogy of albums he released that served as his transition from being a folk musician to a rockstar. “Bringing It All Back Home”, “Highway 61 Revisited”, and “Blonde on Blonde” saw Dylan making the giant leap across an unfamiliar territory and ending up triumphant on the other side. After all, he was inducted into the Rock and Roll Hall of Fame, Nashville Songwriters Hall of Fame and the Songwriters Hall of Fame. He has inspired countless other musicians like The Beatles, Bruce Springsteen, Paul Simon, David Bowie, Johnny Cash, Neil Young, and Patti Smith, to name a few. President Barack Obama said about him in 2012 that “There is not a bigger giant in the history of American music.” And that may be very well true. Dylan’s influence has been passed on from generation to generation.

At the very core of Bob Dylan is his uncanny ability to wield words like weapons – whether it’s to criticize or protest or inspire, he knew how to phrase and use them to create maximum impact. He made statements that resonated with his audience whether it’s serious or humorous. Take for example the lyrics to “Visions of Johanna” which can be only from the mind of a literary genius.

When it came to his performances, Dylan wasn’t one to go the flashy and dramatic route. Whereas others liked to go all-out to engage with their audience and captivate the crowd, Dylan can play the guitar and sing and that would be more than enough to enchant everyone around him. His shows had enough charm to make fans come back for more and watch it all over again.

Bob Dylan has one of the most interesting careers in rock ‘n roll. Maybe part of his allure is the mystery surrounding him or how he simply appears with new music seemingly out of nowhere. Either way, he has remained relevant all these years and still doing what he loves best.