The 10 American Classic Rock Bands That Rocked The ’60s 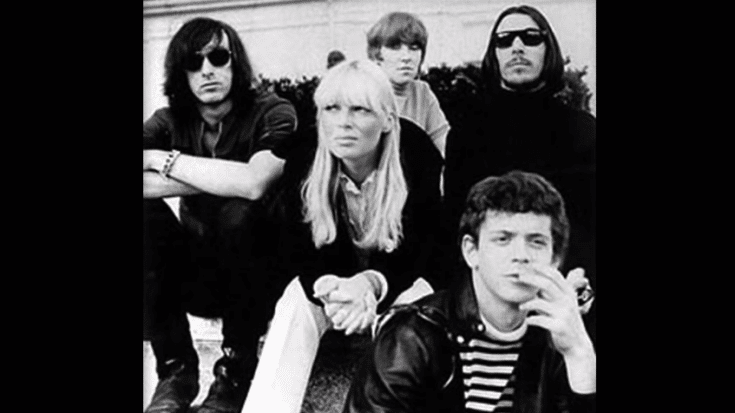 In the 1960s, several rock acts laid down the groundwork for the next decade. It became the jumping-off point of subgenres that proliferated in the golden era of rock ‘n roll. And while the British Invasion made waves (The Beatles and Rolling Stones), America also had its answer to rock acts from across the pond.

Here are the ten groups from America who also dominated the ’60s:

Formed in New York City, they were briefly managed by pop art legend Andy Warhol. Fronted by Lou Reed, they didn’t achieve the same commercial success as their peers but they have since been considered as one of the most influential acts of the ’60s. From their themes to their experiments in the studio, they became an integral part in the development of punk rock and even new wave.

9. Frank Zappa & The Mothers Of Invention

Frank Zappa was known for his satirical works but his contribution to rock cannot be stated enough. He was fearless in his experimentations and improvisations. He didn’t subscribe to what was deemed conventional. On the contrary, he liked to break rules – musically, at least. And that led to an extensive and diverse body of work. He was controversial at times but that didn’t stop him from continuing to make stellar music.

They were formed in 1965 for the situation comedy series The Monkees. The members’ creative input was limited for the first few years but even after the show was canceled, they continued to make music. They had lineup changes over the years but it was in the ’60s when they truly made names for themselves. Vocalist and drummer Mickey Dolenz once described The Monkees as “a TV show about an imaginary band… that wanted to be the Beatles that was never successful” but they actually achieved success in the decade. They have sold over 75 million records worldwide.

They were part of the counterculture movement of the ’60s and helped pioneer psychedelic rock. They were the first rock act from San Francisco, California to achieve mainstream success. Their songs from “Surrealistic Pillow” became the soundtrack of the Summer of Love. They weren’t just popular in the US as they also became huge in the UK – headlining the first Isle of Wight Festival in 1968.

6. The Mamas and the Papas

The Mamas and the Papas were a cut above the rest because of their immaculate harmonies. These folk rockers had a series of hits that made them icons. They had their fair share of controversies, drama, substance abuse, and tension between members. Still, that doesn’t take away the fact that their songs have remained well-loved classics.

John Fogerty’s a prolific songwriter and basically the one responsible for most of CCR’s timeless tracks. Unlike some of the bands at the time, CCR’s lyrics were mostly about bayous, and social & political sentiments particularly the Vietnam War. Their songs are still staples in classic rock radio stations – a testament to their impact and influence.

The Doors were immortalized with a series of hits that catapulted them to fame. Jim Morrison, for all his unreliability and unpredictability on and off stage, was a talented musician and poet. At the end of the day, Morrison was a stellar frontman. He captivated the audience, his delivery was spectacular, and his spoken word performances were hauntingly beautiful.

The Byrds made enough impact that their sound & style can still be heard in today’s music. They introduced folk rock to the masses and helped in the development of country rock thanks to the addition of Gram Parsons. Even though their career as a band was rather short-lived compared to their peers, their members went on to achieve success by joining other groups or pursuing solo careers.

After David Crosby left The Byrds in 1967, he got together with Stephen Stills and Graham Nash to form their own supergroup. They later on added Neil Young as a full member. Aside from playing at Woodstock Festival, they became a popular act in the ’60s with the release of their first two albums. But it wasn’t long before arguments and disagreements forced them to disband in 1970.

While they became popular because of their “California sound”, it was the musical masterpiece “Pet Sounds” that made them rock legends. Their records were ambitious and they pushed the envelope when it came to making music. And in fact, it was “Pet Sounds” that inspired Paul McCartney and the rest of The Beatles to make “Sgt. Pepper’s Lonely Hearts Club Band.”