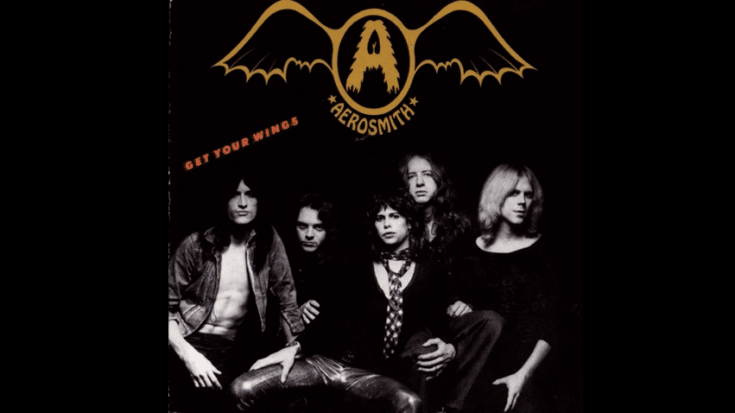 Aerosmith is one of the few bands who survived the transition in every decade. Their last studio album was 2012’s “Music from Another Dimension!” but even so, they remained active in the music scene even embarking on tours and performing at a series of sold out shows for their Las Vegas residency – only the coronavirus pandemic could stop them from going back to the live stage.

In celebration of the band’s career that spans over four decades, here are twenty of their best songs.

At the time, it sounded nothing like Aerosmith who mostly did straightforward rockers. The ballad didn’t impress some of their loyal following it ended up peaking at #3 on the US Billboard Hot 100 – their biggest hit in the US at that point.

A hit in several countries, Steven Tyler wrote this with his daughter Liv Tyler on his mind because he missed so much of her childhood since he was busy being on the road. He told Q magazine, “When I hit on the melody for ‘Jaded,’ it was so phenomenal that for a while I was scared to do anything more with it. I didn’t even tell the band.”

The title track of their best selling album in the US, it’s been covered by other rock acts like Warrant, Ratt, Metal Church, and R.E.M. It was also featured in video games.

Originally titled “Rag Time,” it’s a group effort – Tyler and Jim Vallance wrote the lyrics with Vallance coming up with the bass line, Joe Perry for the guitar riff, and they also called in Holly Knight to help. It was Knight who suggested changing it to “Rag Doll.”

A staple on their setlist, Tyler would often change the lyrics during their live performances. According to him, it was based on his personal experience – while on an elevator, he was making out with a woman when the doors opened. He added, “It felt like a lifetime waiting for those doors to close.”

This bagged several awards during the 1994 MTV Video Music Awards. According to Tyler, “It was country – we just Aerosmith’d it.” It’s the first of three music videos that featured actress Alicia Silverstone and it helped launch her career.

Another power ballad from the band, one of the things that helped boost its popularity was the music video that featured Alicia Silverstone and Tyler’s daughter, Liv. Tyler and Perry wrote it with Desmond Child around the time they penned “Angel” but they had to spread out their ballads to retain their rock image.

Inspired by the 1992 Los Angeles riots, it’s a fan favorite in their concerts and sometimes, they would extend the song for up to 40 minutes. Critics were far from impressed with the track but it has remained popular and well-loved.

Tyler said about the song, “I’ll put some ballads on an album if that’s what it takes so that some young kid can get to hear a ‘Young Lust’ or ‘F.I.N.E.’.” This one is interesting because the lyrics referenced other Aerosmith classics.

It was a tough time when they worked on this and their hedonistic lifestyle was taking a toll on them. Perry recalled that “we were drug addicts dabbling in music, rather than musicians dabbling in drugs.”

One of Tyler’s personal favorites, he explained on Walk this Way autobiography: “I used to lie in my bed at dawn, listening to the wind in the bare trees, how lonely and melancholy it sounded. I was pissed off about my taxes and getting mad helps me to write, so one night I went down to the basement where we had a rug on the floor and a couple of boxes for furniture and took a fun Tuinals and a few Seconals and I scooped up this guitar Joey gave me, this Dumpster guitar, and I lit some incense and wrote ‘Seasons of Wither.'”

Contributed by Brad Whitford, Tyler remarked: “Whatever he put into ‘Last Child’, that’s his moment. He can take that, and that’s his, forever.”

In the late ’90s, Aerosmith increased their following with this classic. Featured in Armageddon which starred Liv Tyler, U2 was originally asked to perform but it eventually went to Aerosmith. It became their biggest hit. The song revived their career at a time when they were already considered veteran rockers.

It took nine months for Tyler to finish the lyrics for this. He made it about child abuse after reading an article on a magazine. He told Rolling Stone, “I’d heard this woman speaking about how many children are attacked by their mothers and fathers. It was f—ing scary. I felt, man, I gotta sing about this. And that was it. That was my toe in the door.”

Originally titled “Cruisin’ for a Lady”, it’s a comeback of sorts for them especially because it was almost a decade since their last hit single. Speaking about this iconic track, Tyler shared: “One day we met Mötley Crüe, and they’re all going, ‘Dude!’ Dude this and Dude that, everything was Dude. ‘Dude (Looks Like a Lady)’ came out of that session.”

4. Back in the Saddle

One of their heavier numbers, when they put the song together, they knew it should be the opening track to their fourth studio LP “Rocks.” They intended to use a real bullwhip but hours later, they simply settled with Tyler swinging a 30-foot cord in the recording studio.

Both the original version and the one that featured Run–D.M.C. deserve to be mentioned – the former helped them break into mainstream and the latter revived their dying career in the ’80s, gave them a boost, and introduced them to a different audience.

It’s one of the songs that catapulted them to fame in the ’70s. Tyler wrote this at a time when there was so much tension in the band. During a live performance when there was no available maracas, Tyler used a packet of sugar instead.

Even today, this song still receives heavy airplay on classic rock radio stations. Tyler’s father was a Juilliard-trained musician and when he was three years old, Steven Tyler would sit underneath the piano and listen to him play. Tyler later revealed, “That’s where I got that Dream On chordage”.