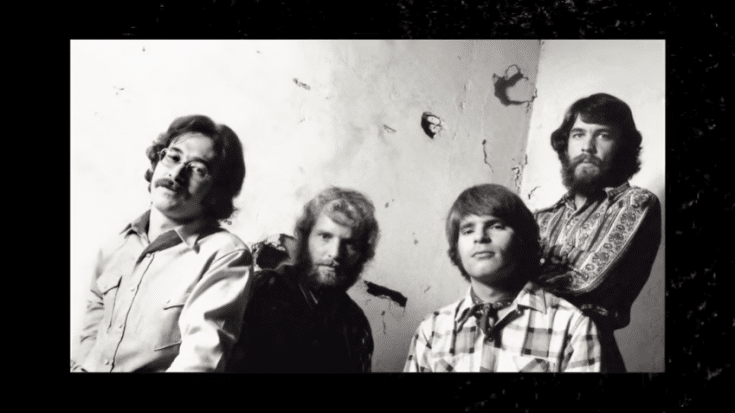 A String Of Classic Hits

Creedence Clearwater Revival had a short-lived career as a group but within that five years, they left a legacy so rich even today’s youth know the lyrics to their most popular songs. When they’re not singing about bayous, and the Mississippi River, they sang about their social and political sentiments particularly their views on the Vietnam War.

They broke up while they were still at the peak of their fame and over the years, there have been issues, tensions, and lawsuits. But none of it takes away the fact that CCR was one of the greatest rock acts to come out of the ’60s. And here are their best works:

One of their longest tracks clocking in at over seven minutes, it was built around a single riff. Even with its lengthy instrumental section, there’s not one boring moment here.

Creedence Clearwater Revival never played it live but it was included in almost every compilation album and it also became a staple in John Fogerty’s solo concerts. Speaking about its meaning, Fogerty said that it’s “about the loner in me. Wanting to feel understood, needing those at home to shine a light so that I can make my way back.”

A traditional folk song, Creedence Clearwater Revival was just one among many other artists who covered it including The Beatles, Lead Belly, Otis Rush, Little Richard, Van Morrison, and Eric Clapton.

First recorded by Little Richard in 1956, CCR slightly changed the lyrics for their version.

Written and first recorded by Jalacy “Screamin’ Jay” Hawkins, it’s a classic cult track. CCR’s rendition only peaked at #58 on the US Billboard Hot 100 but they included it on their setlist at the Woodstock Festival.

15. I Heard It Through The Grapevine

Another cover, CCR extended it from three minutes to an epic eleven-minute track. It had moderate success in the US, Canada, and other countries.

14. Wrote A Song For Everyone

It’s no secret that John Fogerty’s a perfectionist. He didn’t like the original version they included on “Green River” which is why he destroyed copies of the outtakes. He released a new version which featured Miranda Lambert and Tom Morello and made it the title track of his ninth solo studio album.

A hit on both sides of the Atlantic, John Fogerty drew inspiration from 1950s rock ‘n roll particularly Little Richard songs. Although Fogerty saw it as a tribute to Richard, Specialty Records which held the publishing rights to “Good Golly, Miss Molly” filed for a plagiarism lawsuit which was settled out of court.

Used in several films, the idea for the song came to John Fogerty while driving his motorcycle though the California hills. It was eventually certified platinum by the RIAA.

Lodi is a small city in California’s Central Valley. John Fogerty admitted that he’s never been to that place before and he only chose it as the title because of its cool-sounding name. He said, “On ‘Lodi’, I saw a much older person than I was, ’cause it is sort of a tragic telling. A guy is stuck in a place where people really don’t appreciate him. Since I was at the beginning of a good career, I was hoping that that wouldn’t happen to me.”

This late rockabilly song was originally recorded by Dale Hawkins and CCR included it on their debut album. It’s their only Top 40 hit which wasn’t penned by John Fogerty. He remarked on Bad Moon Rising: The Unofficial History of Creedence Clearwater Revival, “I knew I needed to work on arranging the song so that the band would sound like Creedence Clearwater Revival, would sound professional, mysterious and also have their own definition. The song I chose was ‘Susie Q.’ I decided not to wring the song myself. I decided to pick something that existed because it’d just be easier. I’d be less self-conscious about doing things.”

9. Down on the Corner

A song about the fictional band Willy and the Poor Boys, John Fogerty explained its rather interesting origins. He recalled, “[I] was kind of inspired by seeing an advertisement in the paper one day. It was an ad from Disney that said in great big letters ‘Winnie the Pooh’. Something in my brain said ‘Winnie the Pooh and the Pooh Boys’. Obviously that was close to ‘Willy and the Poor Boys’. As I began to develop this idea it turned into music in that weird mystical, almost uncontrollable way, music comes to songwriters. Winnie the Pooh is still my favorite character who I’ve shared with my daughter Kelsy since the day she was born, though she’s growing out of it. But I’m not.”

8. Lookin’ Out My Back Door

Some believed it was about drugs but John Fogerty clarified that it was for his then three-year-old son, Josh. He also took inspiration from Dr. Seuss’ “And to Think That I Saw It on Mulberry Street.”

There were those who thought it’s a protest song against the Vietnam War but John Fogerty claimed he was writing about his experience at Woodstock Festival with the rain pouring down and the crowd dancing in the mud. He further told Rolling Stone, “Certainly, I was talking about Washington when I wrote the song, but I remember bringing the master version of the song home and playing it. My son Josh was four years old at the time, and after he heard it, he said, ‘Daddy stop the rain.’ And my wife and I looked at each other and said, ‘Well, not quite.'”

Based on his vacation spot as a kid, John Fogerty came up with the title “Green River” at eight years old. It was a soda pop-syrup label and the flavor he got was “Green River.”

5. Have You Ever Seen the Rain?

One of their most enduring songs, John Fogerty revealed that it’s about the band and how, even though they were at the top of their game and at the peak of their career, there was tension between them and the members were unhappy. Also, there was the issue of the imminent departure of his brother Tom.

The band’s second gold single, Fogerty wrote it after watching the 1941 film “The Devil and Daniel Webster.” He said, “I’d come up with the chords and melody and I got the phrase ‘bad moon rising’ from this little book I’d kept song titles in since 1967. I didn’t even know what it meant, I just liked how the words sounded.”

3. Born on the Bayou

An example of “swamp rock”, Fogerty admitted: “Born on the Bayou” was vaguely like “Porterville,” about a mythical childhood and a heat-filled time, the Fourth of July. I put it in the swamp where, of course, I had never lived. It was late as I was writing. I was trying to be a pure writer, no guitar in hand, visualizing and looking at the bare walls of my apartment.”

The story of a woman working as a housemaid for the rich, it initially had nothing to do with a riverboat until Stu Cook suggested it. Ike and Tina Turner recorded a cover version two years later and it was as successful as the original.

This served as an anthem for the anti-war movement. Fogerty explained, “The song speaks more to the unfairness of class than war itself. It’s the old saying about rich men making war and poor men having to fight them.”