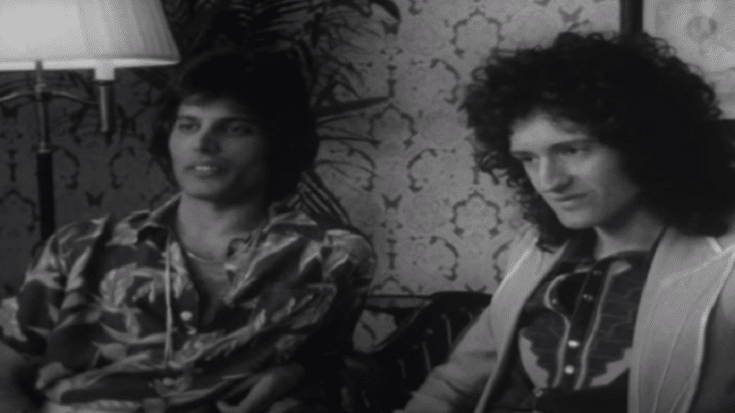 Just Joking Around And Having Fun

In 1977, Queen embarked on a tour in support of their sixth studio album “News of the World.” It kicked off on November 11, 1977 at the Cumberland County Civic Center in Portland and wrapped up on May 13, 1978 after a three-night run at London’s Wembley Arena.

The rare footage backstage below was filmed by BBC during the first few dates of the US leg of their trek. The Queen: Rock the World was released to commemorate the album’s 40th anniversary. Aside from fooling and joking around, Queen members Freddie Mercury, Brian May, Roger Taylor, and John Deacon also sat down for an interview with veteran BBC Music journalist Bob Harris.

At the time, they already made it big in Britain but were still trying to break into the US. Unlike other documentaries which focused on the partying and drugs, this one takes a closer look at the band’s activities prior to a concert, how they record their songs, and how they viewed their critics and the press.

It also shows us the different sides of Freddie Mercury – his goofiness backstage and also his legendary showmanship on stage. Queen was a cut above the rest because they made sure to always deliver – whether it’s with their albums or their shows.