The Hottest Rockstars That Ever Graced The Stage 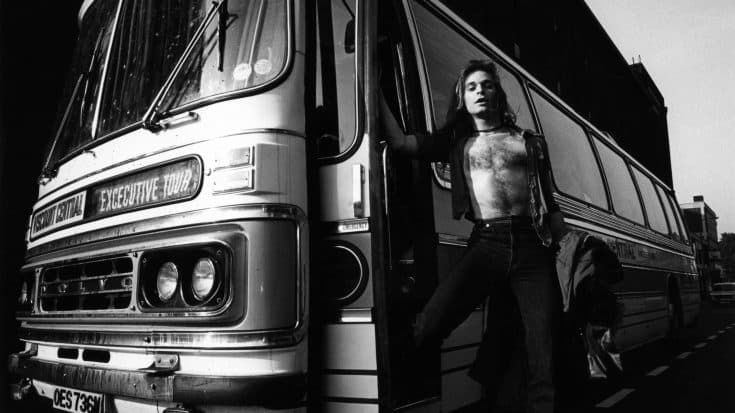 There has been no shortage of scorching hot rockstars whose very presence made the world a little better and brighter. Talent? Check. Musicality? Double check. Godlike qualities? Triple check. Looks aren’t everything but admit it, it’s never a bad thing when you’re at a concert and your favorite rockstar just happen to be a real eye candy. Besides, there’s a reason why we had large posters of them in our bedrooms! Ah, the good ‘ole days.

Let’s take a look at some of these and let us know if we missed anything.

A guy who can pull off wearing colorful skin tight pants and fur boots? Or how about the tiger prints on his spandex outfits? He’s gorgeous from head to toe and in his heyday, when he does his karate kicks and splits in the air, the crowd just loses it.

The first sisters of rock ‘n roll are a force of nature. Drop-dead gorgeous, talented, charismatic, and with bold stage presence to boot – what more can you ask for?

Dressed simply in jeans and white shirt or sleeveless denim and yet nothing could look hotter or sexier.

Groupies followed him everywhere most notably Cynthia Plaster Caster who made molds of penises of the most famous rockstars. Along with her friends, Cynthia approached Jimi and surprisingly, he agreed. He was her first ‘model.’

Aside from Lindsey Buckingham, she also dated Joe Walsh and Don Henley. Even they were mesmerized by her beauty.

At the height of his fame, men wanted to be like him and women wanted him. Jon Bon Jovi was clearly a ladies’ man. There aren’t a lot of stories about him getting involved with groupies because he’s widely known as the nice guy in rock ‘n roll.

During the glory days of Guns N’ Roses, Axl Rose was undeniably hot. The perfect hair, the leather ensemble, the gorgeous voice and of course, being part of one of the biggest rock bands at the time – fans were trailing him everywhere he went. Former Guns N’ Roses manager Doug Goldstein claimed in an interview that they had 90% females backstage. Axl himself said that teenage groupies would show up suddenly day or night.

Two of the hottest rockstars in one legendary band – it’s no wonder why groupies followed them everywhere even their hotel rooms. Dressed in ruffles, velvets, and satins, they were the epitome of rockstar perfection.

High-pitched screams from girls at the airport, outside their hotel, in the stadium – some fans even rode horses just to see Paul McCartney and the rest of the Beatles.

“We had a lot of groupies that would hang out at the gate 24 hours a day, follow us when we would go out shopping. They’d follow us in the car. You know, that was tough. But I recall those groupies. We had a lot of other nice, great fans that were always around, that would do anything for Elvis.”

Alex Lifeson Release New Music From Envy Of None