The Guess Who Performs “American Woman” On Midnight Special, And You Can’t Look Away 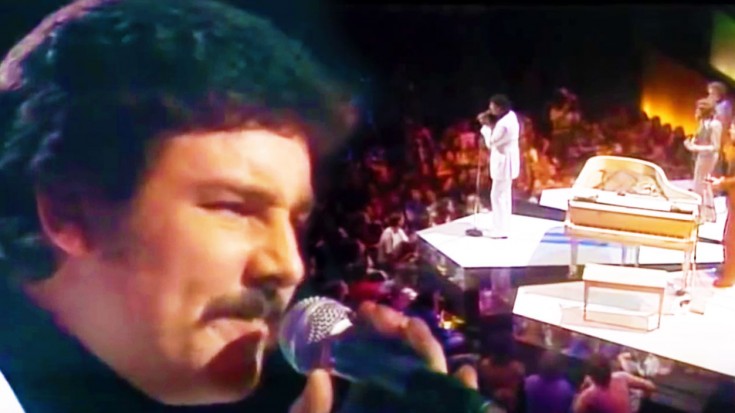 Lighting up the Midnight Special stage, The Guess Who performs their greatest hit of all time “American Woman” with energy, spirit and a very, very white suit from Burton Cummings. Sadly, the generation today is under the assumption that Lenny Kravitz was the father of this song, considering his badass cover, however, we all know that The Guess Who are the grandfathers of this awesome American (Canadian) tune.

“American woman, mama let me be, don’t come a hangin’ around my door I don’t want to see your face no more. I got more important things to do, than spend my time growin’ old with you…”

Although the lyrics can be and seem to be often misconstrued, “American Woman” tells a story of a Canadian man trying to escape the clutches of a devious American female. Although Burton, as the writer of the song, claimed that there was a miscommunication regarding the lyrics, this song has been known to offend quite a few patriots, mainly women (go figure.)

Interesting Quote: “What was on my mind was that girls in the States seemed to get older quicker than our girls and that made them, well, dangerous. When I said ‘American woman, stay away from me,’ I really meant ‘Canadian woman, I prefer you.’ It was all a happy accident.” – Burton Cummings

Excuse us, we’re just rubbing our eyes after watching the glare from Burton’s bright, white ensemble for a few minutes. Anyways, we love this performance on Burt Sugarman’s The Midnight Special and we hope you do too! Enjoy!