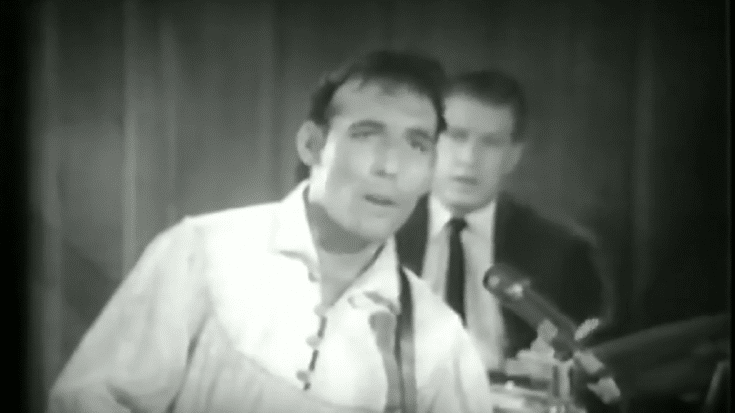 The King of Rockabilly

For five decades, Carl Perkins became a prominent figure in the development of rock. He’s a trendsetter and a trailblazer. Some of his songs were covered by other popular rock acts and that helped solidified his spot as a legend. Aside from receiving a Grammy Hall of Fame Award, he was also inducted into the Rock and Roll Hall of Fame, the Rockabilly Hall of Fame, the Memphis Music Hall of Fame, and the Nashville Songwriters Hall of Fame.

Paul McCartney even famously said that “If there were no Carl Perkins, there would be no Beatles.” Here are five Carl Perkins songs that capture the essence and magic of his music.

An excellent singer and performer, this is truly one of the best rockabilly songs. An absolute gem!

4. Everybody’s Trying To Be My Baby

George Harrison was a huge fan of Perkins so it’s no surprise that The Beatles covered this song in 1964. He even performed with Perkins in 1985. According to Harrison, “For this album, we rehearsed only the new ones. Songs like Honey Don’t and Everybody’s Trying To Be My Baby, we’d played live so often that we only had to get a sound on them and do them.”

A rockabilly classic, this has been covered by numerous artists including T. Rex, Elvis Costello, Joe Walsh, and Ronnie Hawkins. It’s also one of the rare songs covered by The Beatles as a group and individually. Ringo Starr said, “We all knew Honey Don’t; it was one of those songs that every band in Liverpool played.”

It’s one of his most popular recordings and for good reason. Interestingly, the recording session actually made history because Elvis Presley, Johnny Cash, and Jerry Lee Lewis were all in the Sun Records studio which led to an impromptu jam session and also resulted in the formation of a group called Million Dollar Quartet.

Perkins’ most iconic song is a rock ‘n roll anthem. Aside from Perkins’ version, this was made more popular by other artists including Elvis Presley, Eddie Cochran, and Buddy Holly. It remains a standard today.