The Greatest Billboard Chart Topping Rock Songs Of The ’80s 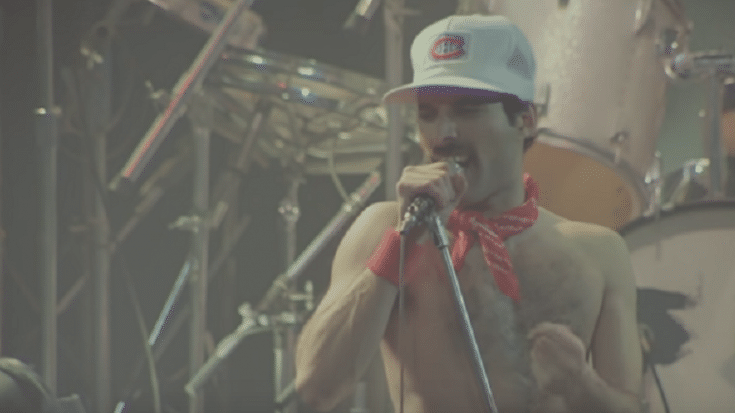 The Best Hits Of The Decade

Most rock fans have a love-hate relationship with the 1980s especially since several artists or bands went into a place were they were kind of forbidden to foray – disco. That’s the bane of every rock purist’s existence. But the decade also spawned numerous classics that were way ahead of their time. All things considered, it wasn’t a bad era for rock like what others make it out to be.

As proof, we compiled 10 rock songs that topped the US Billboard Hot 100. Here are the greatest chart-toppers of the ’80s.

In one of Bowie’s biggest selling songs, Stevie Ray Vaughan played the guitar solo at the ending. That’s a collaboration we never expected. Originally conceived as a folk song, they transformed it into something groovy and funky. Then again, that’s not surprising given that Bowie never shied away from doing something new.

Rumor has it that this was inspired by singer Diana Ross whom Steve Miller met when they appeared at a TV show together. While they started out as a blues band, they eventually evolved and tried to keep up with the changing trends which is why they employed synthesizers for their ’80s music.

Another surprising collaboration between two iconic acts, it was a hit in several countries and received Gold Record status from the RIAA even though it got mixed reviews from critics. Paul McCartney and Michael Jackson went on to work on more music together after this particular success.

Lots of people would be surprised to know that this isn’t a Heart original. In 1987, they covered it power ballad style and the buildup to a hard rock chorus is flat-out amazing. It became their biggest worldwide hit.

An ’80s rock anthem that catapulted Joan Jett to legendary status. Her cover remains as the most popular version of the song and dominated the charts for seven weeks. In an interview with Mojo back in 2008, Joan Jett said: “I think most people who love some kind of rock ‘n’ roll can relate to it. Everyone knows a song that just makes them feel amazing and want to jump up and down. I quickly realized, this song is gonna follow you, so you’re either gonna let it bother you, or you gotta make peace with it, and feel blessed that you were involved with something that touched so many people.”

It’s not their first worldwide hit but it’s one of the songs that have stood the test of time. It’s easily recognizable too. The single also sold over seven million copies!

Van Halen scored their first #1 hit with this epic track. The music video also helped make it more popular even though it was low-budget.

It’s the band’s most commercially successful single. While recording, Sting was around the area and came to help out. He sang the background vocals. Mark Knopfler said, “We were going for a ZZ Top sound, but what we ended up getting was kind of an accident.”

It’s the song that put Guns N’ Roses on the map. It was written in just five minutes but is still one of their most enduring songs!

A tour de force, Roger Waters revealed in a 2009 interview that it’s meant to be satirical. He said, “The song is meant to be a rebellion against errant government, against people who have power over you, who are wrong. Then it absolutely demanded that you rebel against that.”