The Genius In Paul McCartney’s “Live And Let Die” 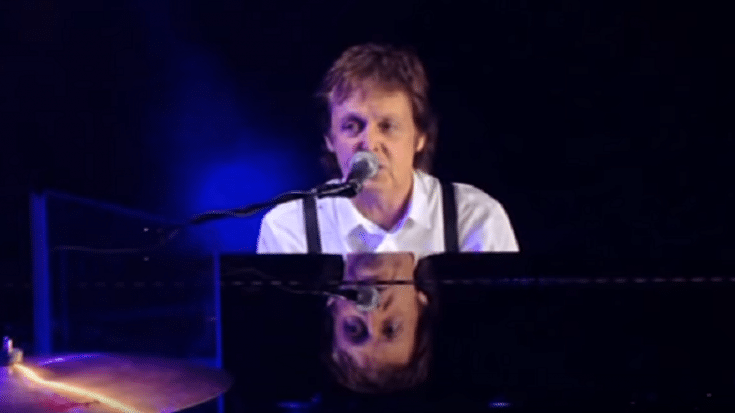 Not His Usual Style

Paul McCartney is unarguably one of the greatest singer-songwriters of all time. From his time with The Beatles to his solo works, his music transcends time and generation. He’s well in his 70s and yet shows no sign of slowing down. He’s had several successful albums and singles but one absolute standout is the 1973 James Bond theme song “Live and Let Die.”

It peaked at #2 on the US Billboard Hot 100 and was the highest charting Bond theme at the time. This masterpiece received the Million-Air Award from Broadcast Music, Inc. and also earned a nomination from the Academy Award for Best Original Song and although it lost, “Live and Let Die” bagged the Grammy award for Best Arrangement Accompanying Vocals in 1973.

What makes it special?

It captured the sound of the ’70s which, all things considered, is already quite an accomplishment. Besides, it has become a staple in McCartney’s shows and is the only song featured in ALL of his live albums (except Unplugged). That says a lot about this track.

Besides, it was different from anything McCartney has released up to that point.

The producers already contacted Paul McCartney for the theme song even before screenplay was finished. So McCartney asked for a copy of the book.

“I read the Live And Let Die book in one day, started writing it that evening and carried on the next day and finished it by the next evening … I sat down at the piano, worked something out and then got in touch with George Martin, who produced it with us. Linda wrote the middle reggae bit of the song. We rehearsed it as a band, recorded it and then left it up to him.” – Paul McCartney

It was recorded while Wings were in the middle of completing their Red Rose Speedway album. They finished it in one day with the help of an orchestra.

It starts off with a piano and McCartney’s doubled-up vocals and it slowly builds up to a sudden, fiery explosion of instruments which are something people have grown accustomed to when watching any James Bond film. Not everyone loves the reggae part but it is what it is.

It’s like a gift box filled with surprises. And the styles incorporated into this song would’ve been a hit-or-miss for anyone else. But of course, not for Paul McCartney. He’s one of the few who can transform songs from mediocre to magical.