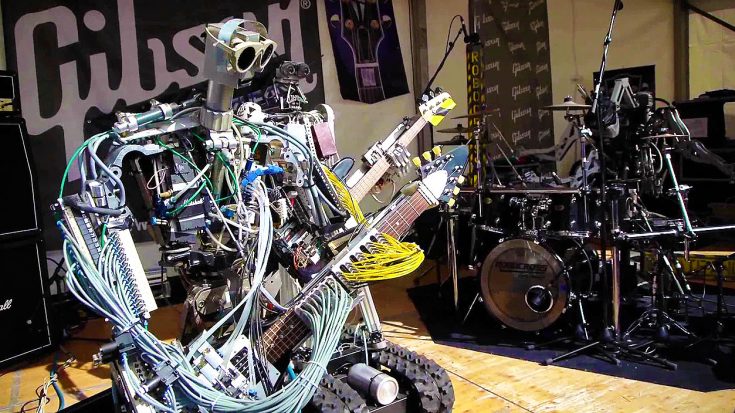 Many authors have written about how robots will take over the world in the future. Although the concept may same scary, not all robots are bad. In fact, some of the things people have programed robots to do are incredible, and can prove to help us in the future!

Take for example this robotic band! Known as Compressorhead, these three robots have been programed to play some of the best rock songs in music history with real instruments! Not only that, they have stage presence, and dance along to the music they make! In this video, Compressorhead cover AC/DC’s “TNT” to perfection! Hitting every note, every rythm and drum fill! It’s pretty amazing what technology can do, and we’re in love with this “robo band!”

It’s pretty phenomenal what technology can do, and how much it’s advanced and evolved over time! We give props to the designer of this band, and we really hope it can catch on, because we’d love to hear some original music for these guys! The only thing that’s missing is a robot singer! Heck, maybe they can hire the members Daft Punk for that job!

Watch the epic performance from Compressorhead down below!