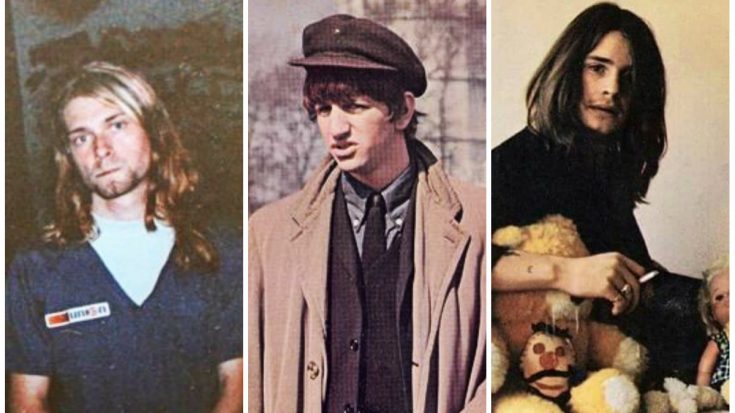 Once upon a time in the lives of these rock royalties, they were regular people with odd menial jobs.

Before some of  these rock favorites were blinding us with their stardom, their sold out concerts, platinum albums, and chart-sweeping hits, they had to get down and dirty getting through a hard knock life too – just like us normal human beings! Whether it be cleaning out fish guts or cow guts, picking up tennis balls or picking up other people’s left overs, these musicians’ first jobs were not as glamorous as we might think.

Here’s a list of odd yet normal jobs rock stars had before they were famous –somebody ought to bring home the bacon!

Just like his wife Courtney Love, Kurt Cobain also worked an odd job to fund his pursuit for a music career before becoming a grunge rock superstar. Cobain worked as a janitor at Weatherwax High School, the same high school he dropped out of. Although he didn’t seem like the neatest cleaner of the bunch, Cobain diligently mopped floors and cleaned toilets to pay for his band’s demo. As a funny homage to his past as a custodian, a dancing janitor was included in the “Smells Like Teen Spirit” music video.