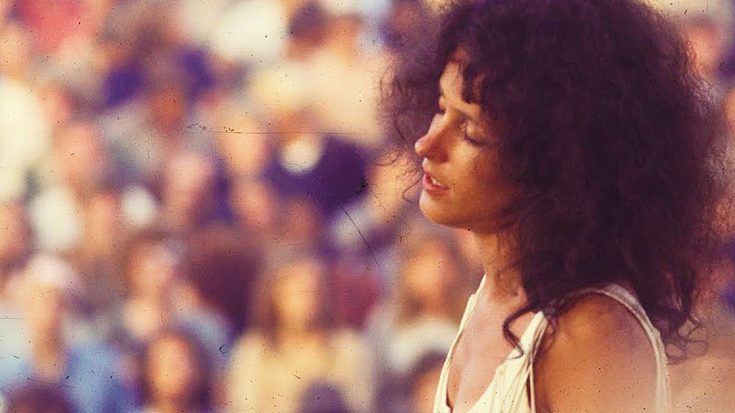 Janis Joplin may have emerged the queen of Woodstock with her blues soaked late night performance that included “Piece Of My Heart” and “Raise Your Hand,” but she was in good company as Jefferson Airplane singer Grace Slick blazed her way into rock history with an explosive vocal performance of her own that weekend.

Taking the stage after The Who, Jefferson Airplane took flight and led the crowd down the rabbit hole as they dazzled with a performance of “White Rabbit” that would later come to cement the band’s legacy as the reigning kings and queens of psychedelic rock, Slick dressed in a white, fringed outfit as she began her performance that morning softly and gradually rose to a fever pitch as she spun the tale of little Alice embarking on one of her strangest adventures yet.

Many have tried to follow in Grace’s footsteps as a vocalist, trying desperately to reach that same powerful belt she was capable of on this day in 1969 – unsurprisingly, all have failed, and after watching this performance it’s easy to see why! Relive the strange, wonderful magic of Jefferson Airplane’s “White Rabbit” performance at Woodstock by checking out the video below!