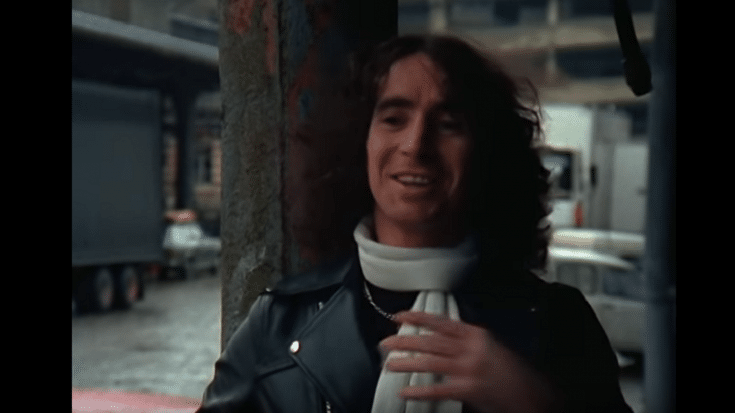 They Were On Their Way To The Top

On August 17, 1979, AC/DC embarked on a tour in support of Highway to Hell which would eventually be their last album to feature Bon Scott on vocals. Along with Angus Young, Malcolm Young, Cliff Williams and Phil Rudd, they were slated to perform in North America, Europe, and in the UK. They were more than ready to take on the rock ‘n roll world.

It kicked off at Haffman Park in Blizen, Belgium and wrapped up on January 27, 1980 at Southampton’s Mayflower Theatre. Four weeks later, Bon Scott was found lifeless in a Renault 5.

Some of their support acts include Def Leppard, Judas Priest, and Molly Hatchet. During their stop at London’s Wembley Stadium on August 18, fans noted that there was PA failure on the second half of “Whole Lotta Rosie” and the first half of “Rocker.” Nevertheless, the band powered through their nine-track setlist,

On September 7 at the Santa Cruz Civic Auditorium in Santa Cruz, California, Scott carried Angus Young on his shoulders and ran through the crowd. They passed by some bikers and one of them punched Scott in the face and split his lip. Scott declared that they were never going to play in Santa Cruz again.

On October 21, Scott played his last US show at the St. John Arena in Columbus, Ohio. His final concert was on January 27, 1980 at the Mayflower Theatre in Southampton. Bon Scott died on February 19, 1980 at 33 years old.