Relive 5 Songs From Sam The Sham & The Pharaohs 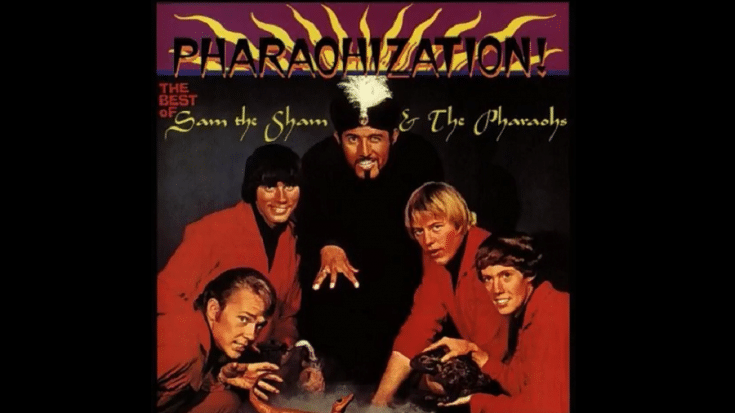 Sam The Sham & The Pharaohs had several hits in the mid-’60s. They managed to stand out from their contemporaries by wearing turbans and camp robes. They would haul their gear from one show to another in a 1952 Packard hearse complete with velvet curtains.

Speaking about their unique style, frontman Sam the Sham (born Domingo Samudio) said: “We became a popular roadhouse band. By that time, everyone was calling me ‘Sam’, short for Samudio and what I was doing, fronting the band and cutting up was called ‘shamming’. We got the rest of the name from the movie The Ten Commandments. Old Ramses, the King of Egypt, looked pretty cool, so we decided to become The Pharaohs.”

Here are five of their best songs.

This fun and slightly hilarious song is something you’d totally expect from guys riding a hearse on the way to their next gig.

Another quirky and catchy number, their songs border on the ridiculous sometimes but they’re definitely enjoyable enough. They weren’t playing around with that sax solo though.

3. The Hair on My Chinny Chin Chin

The follow-up to Lil’ Red Riding Hood, this obviously took inspiration from The Three Little Pigs but of course, they added a bit of rock ‘n roll to it.

This is the adult version of Little Red Riding Hood. It peaked at #2 on the US Billboard Hot 100 and has been featured in several films and TV shows.

It was the band’s biggest hit. It’s also the first American record to have a million sales during the British Invasion. It was eventually certified gold by the RIAA and received a nomination from the Grammy Awards.