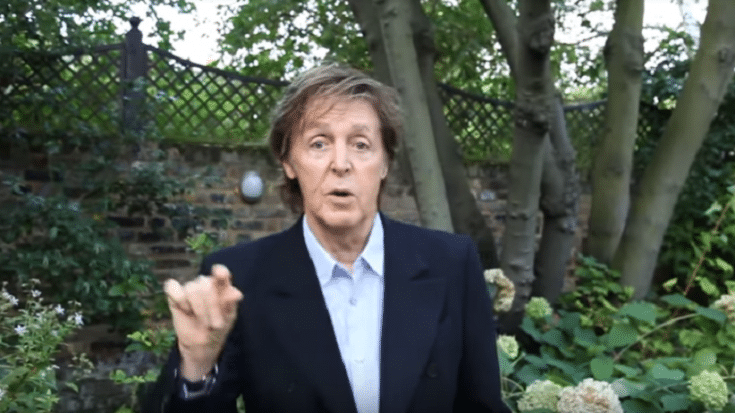 One of the tell-tale signs that you’ve made it is when people who aren’t even big fans of your work know who you are and the songs you wrote. That’s the case for Paul McCartney. From his time with The Beatles to pursuing a solo career and forming another band called Wings – you can say, he’s done it all. Even those who didn’t like rock ‘n roll has heard his tracks at least once in their lives.

Even at 77 years old, well past his prime, he’s still making new albums and touring. In an interview with GQ Magazine, he revealed: “Talk about: Pinch yourself. I never thought I would be a singer-songwriter. Who dreams of that?”

He added, “I think with Elvis appearing I did think, ‘It’d be good to get a bit of that.’ And John was thinking that, and George was. When we got together, we sort of started to dream that. It was a bit of a far-off dream, and it was just a dream. It wasn’t anything that we really ever thought would turn out to be more than that.”

In honor of this genius singer-songwriter, here are ten interesting facts about Macca. Check out the video below.