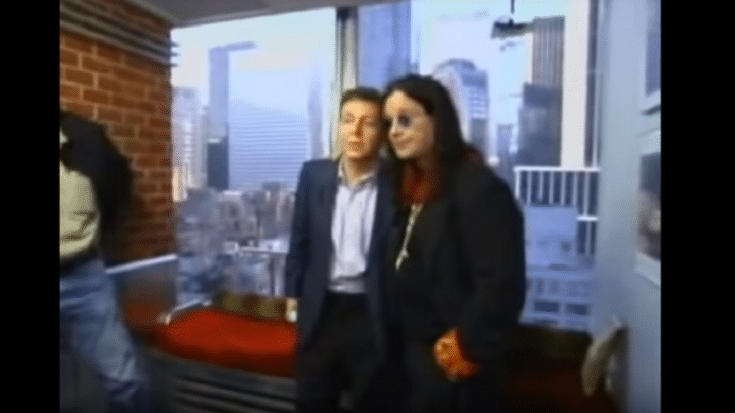 Even Rock Gods Have Heroes

Ozzy Osbourne is a legend in his own right. He’s considered the “Godfather of Heavy Metal” after fronting Black Sabbath and also pursuing a successful solo career. But just because he’s a titan in rock doesn’t mean he has no idols to speak of. And for the Prince of Darkness, one of the musicians he looks up to is none other than Paul McCartney. When they met for the first time, Osbourne ended up being exactly like everyone else meeting their musical heroes – he was starstruck and tongue-tied.

We’ve gotten so used to seeing Osbourne acting batshit crazy on stage and doing all these hilarious and sometimes destructive antics. So watching him being nothing more than a fan in front of McCartney is both touching and somehow amusing.

Osbourne later told Heat, “Meeting Paul McCartney was fu**ing phenomenal. I was in the studio at the same time as him and tried to get him to play bass on one of my songs. But he said he couldn’t improve on the bassline that was there. I said, ‘Are you kidding? You could piss on the record and I’d make it my life’.”