Relive The 7 Songs From The Hollies 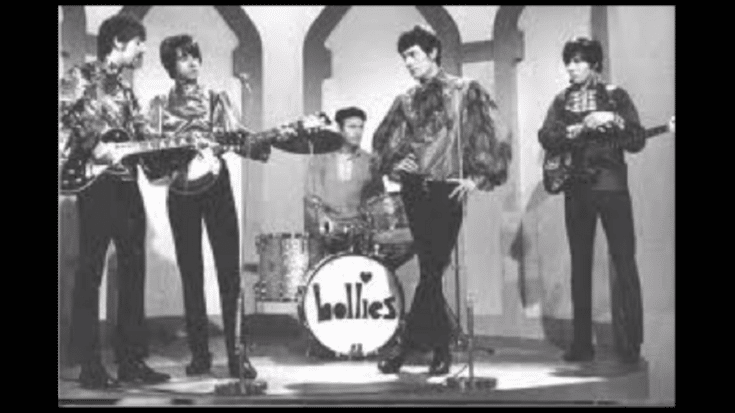 Formed in the early 1960s by Allan Clarke and Graham Nash, they’re known for their distinctive three-part vocal harmony style. It wasn’t until 1966 when they finally had their breakthrough in the US – “Bus Stop” became their first US hit. They had a string of hits on both sides of the Atlantic and were even inducted into the Rock and Roll Hall of Fame in 2010.

In celebration of one of the greatest British rock institutions to bless us with their music, here are seven of their timeless tracks.

7. Look Through Any Window

From the soaring harmonies to the guitar riff and drumming, it reflects the 1960s sound and style. According to songwriter Graham Gouldman, “Yes, I was on a train coming back from London up from Manchester where I used to live, with a friend of mine, and he was looking out the window. He said, ‘Look through any window,’ because we were looking as the train crept out of the station and started going through the suburbs quite slowly. We were trying to look into the houses to see what was going on.”

A lovely piece of music, it was a hit in several countries. Graham Nash wrote this for Marianne Faithfull who was Mick Jagger’s longtime girlfriend. Nash changed the name to avoid making it too obvious.

It’s one of their finest songs even Nash himself admitted it. He said, “It’s a pop song with an infectious chorus, but flirts with gorgeous shifts in rhythmic texture [that keep] the melody from becoming predictable. And the lyric captures the essence of young love without the usual moon-and-June cliches. We knew it was a hit from the get-go.”

Originally recorded by Kelly Gordon, The Hollies’ version featured Elton John on piano. In a 2006 interview with The Guardian, guitarist Tony Hicks said: “It had something about it. There were frowns when I took it to the band but we speeded it up and added an orchestra. The only things left recognizable were the lyrics. There’d been this old film called Boys Town about a children’s home in America, and the statue outside showed a child being carried aloft and the motto He Ain’t Heavy, He’s My Brother. Bob Russell had been dying of cancer while writing. We never got, or asked for, royalties. Elton John – who was still called Reg – played piano on it and got paid 12 pounds. It was a worldwide hit twice.”

Their first top ten hit, Bus Stop is a raga rock music – a style popularized by The Beatles and The Kinks. Graham Gouldman explained to Mojo magazine, “When I’d written most of ‘Bus Stop,’ I was actually on a bus thinking about how the middle eight should go. And this whole, ‘Every morning I would see her waiting at the stop / Sometimes she’d shop…’ that all came to me in one gush, and I couldn’t wait to get home to try it. When that sort of thing happens, it’s really amazing. But that’s rare. Mostly, you have to do the slog.”

One thing that sets this apart from other tracks in their catalog is the fact that it doesn’t have the three-part vocal harmonies. Done in swamp rock style, this was supposed to be Allan Clarke’s solo recording. He told Rolling Stone, “I think with me the band feared that if I got a hit I’d leave. How can you stop destiny? Now, if they originally agreed, I might not even have left. ‘Long Cool Woman’ would have been released a year earlier, and we’d have done a few tours of the States and maybe would have been really big.”

1. The Air That I Breathe

A beautiful ballad, it was initially recorded by Albert Hammond in 1972 but it was The Hollies who scored a major hit with their version. It charted in several countries and peaked at #6 on the US Billboard Hot 100 and #2 on the UK Singles Chart.