The Events That Happened In “Abbey Road” Cover Photo Anniversary 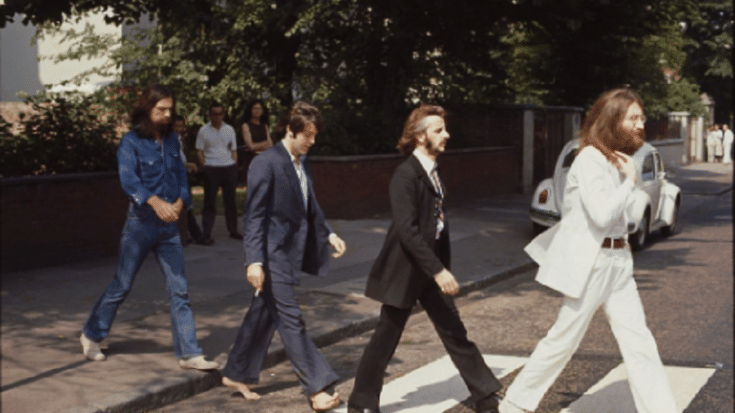 Photo by Linda McCartney via @PaulMcCartney/Twitter

The Beatles’ Abbey Road was released almost fifty years ago. It was a massive commercial success and became an instant classic. But more than the record itself, the album cover became just as iconic – a photograph of the four band members on a zebra crossing just outside EMI Studios on Abbey Road. That image was taken on August 8, 1969.

Photographer Iain Macmillan simply followed Paul McCartney’s sketch and added more details. He stood on a step-ladder while a policeman held up traffic. Macmillan took six photos as The Beatles crossed the road. In four of those, McCartney was barefoot because of the weather. And so to celebrate this historical moment fifty years ago, about 3,500 fans flocked to the now-famous London crosswalk and tried recreating the photo.

George Harrison’s former wife Pattie Boyd was not there but she got a photo from a friend who attended the celebration. She then took to social media to share it.

Hmmm … looked a bit busy at Abbey Road this morning! I wasn’t there but my colleague Tony @ktpro2018 was and he sent me this photo

Abbey Road Studios, anticipating the number of people who would be at the zebra crossing, offered an alternative to fans who also want their pictures taken. They set up a space in their car park with the original 1969 image as the backdrop.

If you’re planning on coming to the zebra crossing today and the queues are too long, step inside the Abbey Road car park for one day only and take your photo with the original Beatles’ 1969 image! #AbbeyRoad pic.twitter.com/I8Dne7MJM8

Check out some of the other photos below…

Not the day to drive through here!