The Events On The First Earth Day Back In April 1970 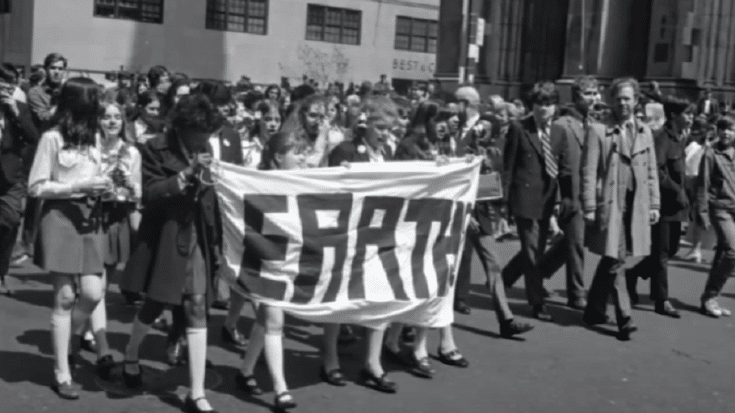 via This Day In History/YouTube

A Massive Win For Humanity

We celebrate Earth Day each year on April 22 and it all began in 1970 in an effort to further public awareness regarding the state of our planet. Even before the first Earth Day, people were already destroying nature with the large consumption of leaded gas mostly from automobiles. Various industries churned out smoke and sludge with little to no regard for the consequences. Neither the media nor the politicians indicated any effort in addressing these environmental issues. There didn’t seem to be any concern as to how a polluted environment can have dire effects on the health of men, women, children, and other living creatures.

It was Senator Gaylord Nelson of Wisconsin who highlighted the importance of taking care of nature. He said, “The objective was to get a nationwide demonstration of concern for the environment so large that it would shake the political establishment out of its lethargy nd, finally, force this issue permanently onto the national political agenda.”

April 22 was specifically chosen because it fell between spring break and of course, the final exams thus encouraging the participation of students especially in campus teach-ins and programs. Along with co-chair Pete McCloskey, they enlisted the help of a young activist named Denis Hayes to organize the massive nationwide event.

Hayes, in turn, hired a staff of 85 to promote Earth Day.

20 million Americans attended rallies, marches, and other festivities on April 22, 1970. The grassroots movement was a success especially in terms of increasing environment awareness. They took to the streets, went to parks and auditoriums to demonstrate the costly effects and negative impacts of industrial development to our health. It wasn’t just the students, colleges and universities also participated in organizing protests. In addition, there were massive rallies in cities, towns, and communities.

In July, Earth Day led to the establishment of the Environmental Protection Agency and the passage of the Clean Water and Endangered Species Acts. It also inspired rockstars to make music paying tribute to Mother Earth – one of which was The Byrds’ Hungry Planet released a few months after the first Earth Day. In the next few years, musicians penned songs about the environment – from Joe Walsh to Bob Dylan.

The first Earth Day was a huge win for humanity as it signaled unity among everyone regardless of their social and economic status. It resulted to the protection of millions of people against preventable diseases and deaths. And hundreds of species were also protected from extinction.