10 Of The Best Eric Clapton Collaborations 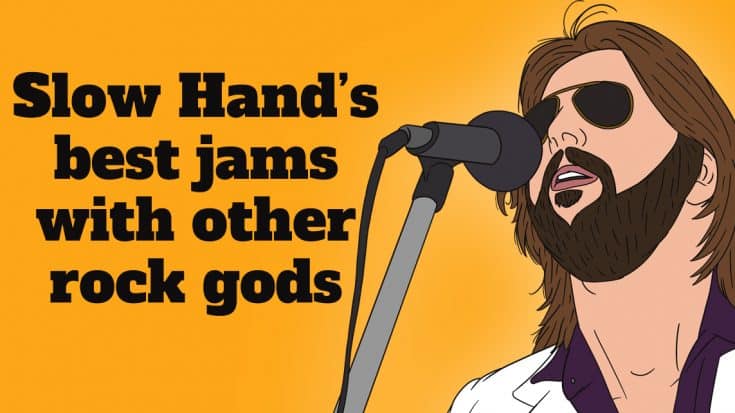 With a career spanning over five decades, Eric Clapton has released countless classic hits. Some of his songs became the soundtrack of our lives but more than being a virtuoso on the guitar, he’s also a prolific songwriter who used his music to channel his grief, despair, heartache, and pain.

Over the years, he also collaborated with various artists – mostly fellow rockers or bluesmen. Let’s check them out:

In December 1968, rock gods came together at The Rolling Stones Rock and Roll Circus. These four legends teamed up for a one-off supergroup called Dirty Mac. They played the Lennon composition Yer Blues at the said TV special. It was the first time Lennon performed in public sans his Beatles bandmates.

For his Tokyo concert in 1988, Clapton enlisted the help of his rockstar friends and one of the highlights of the show was their unforgettable rendition of Robert Johnson’s Crossroads before it segued into Cream’s classic hit White Room.

The 1970s wasn’t kind to Clapton as he struggled with his heroin addiction and he was on a downward spiral. And with the help and encouragement of The Who’s Pete Townshend, Clapton revitalized his career by staging a comeback on January 13, 1973 at the Rainbow Theater in London. It was a star-studded event that featured Ronnie Wood, Steve Winwood, Jim Capaldi, Ric Grech, and many more. Clapton shared the stage with Townshend by taking on the Jimi Hendrix classic Little Wing.

This 25-minute jam was recorded at the L.A. Forum in 1975. There’s no video, unfortunately, but this audio is still pure magic.

Clapton wrote Old Love with blues musician Robert Cray and in their live performance, it’s a match made in heaven.

Clapton got together with other blues titans for a searing take on The Thrill is Gone at the 2010 Crossroads Guitar Festival in Chicago. It’s hands-down epic.

It’s a once-in-a-lifetime experience to witness so much greatness in one stage. It’s amazing how much talent there is between these legends.

The Yardbirds helped launch the career of these two guitar gods and throughout their respective careers, they’ve performed several songs together.

Clapton’s no stranger to being part of supergroups – one of which was Blind Faith which featured Steve Winwood, Ginger Baker, and Ric Grech. It was rather short-lived but they still managed to make their mark in rock.

Clapton jammed and collaborated with Winwood several times and in fact, Blind Faith was formed following several jamming sessions. At the Crossroads Guitar Festival, the pair performed Can’t Find My Way Home in addition to Blind Faith tunes. They then played the same song at Madison Square Garden.