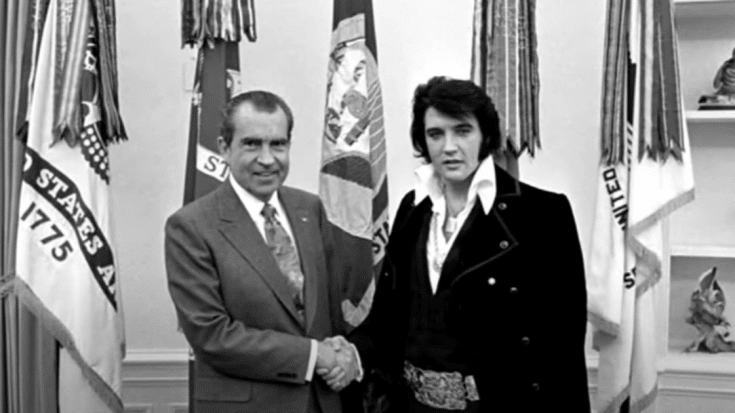 The 1970s was a time of confusion, excitement, and massive change – social, political, economic. Even the music industry ushered in a different era, particularly in rock ‘n roll. For this list, we’re looking back at this tumultuous decade and highlighting some of its most significant events:

The end of the Vietnam War

The 1960s was full of protests against the Vietnam War and finally after almost two decades, the conflict ended on April 30, 1975. 58,220 Americans died and because of the controversy of America’s involvement, it gave rise to the Vietnam Syndrome which refers to the public aversion to US military involvements overseas.

Fifty years ago, we celebrated the first ever Earth Day and it was a huge win for humanity. From leaded gas to smoke & sludge from factories, people were destroying the planet and were mostly unaware of the dire consequences on everyone’s health. Thanks to Senator Gaylord Nelson of Wisconsin, he hired a young activist to organize festivities on April 22, 1970. From rallies to teach-ins, 20 million Americans participated in the events and helped increase awareness on various environmental issues.

Saturday Night Live made its debut

SNL has become part of pop culture and while it continues to entertain millions of viewers today, it premiered on October 11, 1975 under the title NBC’s Saturday Night. The 90-minute program featured Chevy Chase, John Belushi, Dan Aykroyd, and others. Broadcast live from Studio 8H at Rockefeller Center, it was a hit and since it first made its debut, it has aired over 900 episodes.

It was a major political scandal that rocked America to its core. It began on June 17, 1972 when burglars were arrested at the Democratic National Committee headquarters in Washington, D.C. Investigations led to the discovery of abuse of power by U.S. President Richard Nixon’s administration. It eventually resulted to Nixon’s resignation.

The original Walkman went on sale on July 1, 1979. Sony sold each iconic cassette tape player for $150 and since it allowed people to listen to their favorite music anytime anywhere, it was a hit with the masses. Sony sold more than 200 million cassette players but the company retired the line back in 2010.

It was a long time coming and for years, there have been increased tension, dissatisfaction, and disillusionment among The Fab Four. Though they continued to make spectacular music after they retired from touring, they had arguments and disagreements which led to some of members to temporarily leave the group. But on April 10, 1970, Paul McCartney took it upon himself to announce their disbandment and he cited “personal differences, business differences, musical differences.” Their final studio album Let It Be was released on May 8, 1970.

The increasing popularity of disco and The Bee Gees

Disco emerged in the ’70s from America’s urban nightlife scene. Some of those from this genre enjoyed massive popularity such as Bee Gees, Donna Summer, Earth Wind & Fire, Chaka Khan, and the Village People. Even a few rockers jumped on the bandwagon and incorporated elements of disco in their songs.

The rise of punk

Rooted in the garage rock of the 1960s, punk served as the antithesis to the happy and feel-good rock tunes of the previous decade because its music was full of angst and attitude. This subgenre of rock reached its peak in the ’70s. Ramones drummer Tommy Ramone said, “By 1973, I knew that what was needed was some pure, stripped down, no bullshit rock ‘n’ roll.” The Ramones and The Sex Pistols helped push punk rock into mainstream.

President Richard Nixon and King of Rock ‘n Roll Elvis Presley met when the latter visited the White House Oval Office on December 21, 1970. At the time, Presley was in the midst of a highly successful comeback and when he appeared at the White House, he donned a purple velvet suit, a gold belt, and well, a Colt. 45 pistol. Almost seven years later, Presley died on August 16, 1977.

Elton John performed a pair of sold-out shows at Los Angeles’ Dodger Stadium on October 25 and 26, 1975. These became the largest concert events by a solo artist. He played for over three hours each night in front of 110,000 fans. It was Elton John at the top of his game. He was decked out in his now-iconic sequined Dodgers baseball uniform.