The Events Inside Queen After Freddie Mercury Died 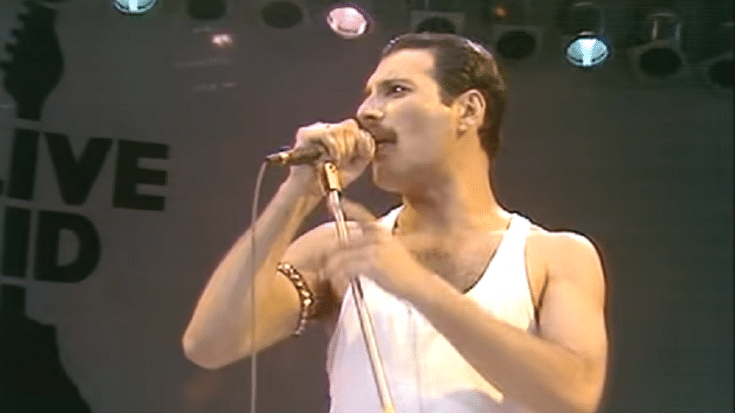 Freddie Mercury’s death on November 21, 1991 didn’t come as a surprise to his band mates in Queen since all of them were already well-aware of his deteriorating health. He already told Brian May, Roger Taylor, and John Deacon about his illness. May said in an interview, “It was always a very private thing with him. I guess we knew intuitively something was going on, but it wasn’t talked about. He didn’t officially tell us until a few months before he went. But certainly he knew for five years or more, so he was living under the shadow for a very, very long time.”

Freddie clearly wanted to keep some things private and the other members “respected that.”

Even though it was a tough time for everyone, May and Taylor knew they had to keep going. Taylor stated, “The one thing he wanted to do was keep on working in the studio. He was absolutely determined to keep the group going and keep working, and that actually kept him going for a long time.”

Although the colored version was eventually released later on, they had to convert the music video for “These Are the Days of Our Lives” into black and white so Freddie wouldn’t look too ill. They were grieving but they also knew that if it were left to Freddie, he’d still look on the brighter side. Taylor said, “That’s exactly what Freddie wanted, especially in his last period. He felt he could turn something positive out of this awful thing that was happening. We intend to carry that through.”

And so five months after Freddie’s death, they organized The Freddie Mercury Tribute Concert for AIDS Awareness held on April 20, 1992 at Wembley Stadium in London, England. It would become Deacon’s final full-length concert with Queen. Along with a star-studded lineup, they performed in front of 72,000 people.

May revealed to Classic Rock that it was no mean feat, “It was a massive strain on our shoulders because we weren’t just performing, we were also organizing everybody else. It was difficult enough just choosing the acts who would appear. We argued a lot among ourselves about the bill, but the basic criteria for the acts finally selected was their relevance to Freddie.”

On November 6, 1995, Queen released their fifteenth and final studio album titled Made in Heaven. They worked with the vocal and piano parts that Freddie recorded prior to his death. On January 1997, Queen performed “The Show Must Go On” in Paris with Elton John who encouraged them to continue. He told the band, “You guys should go out and play again. It must be like having a Ferrari in the garage waiting for a driver.”

That short performance was Deacon’s last public appearance and he went on to retire after. May and Taylor continued touring and collaborated with various artists as guest singers. Their concerts were billed as “Queen +”. The duo attended and performed at Luciano Pavarotti’s benefit concert in 1998 and 2003. Towards the end of 2004, the pair announced that they would tour with Paul Rodgers starting the following year. Taylor defended their choice about the frontman saying, “We never thought we would tour again, Paul came along by chance and we seemed to have a chemistry. Paul is just such a great singer. He’s not trying to be Freddie.”

On May 20, 2009, May and Taylor performed on the season finale of American Idol with Kris Allen and Adam Lambert. Queen + Adam Lambert would eventually become a decade-long collaboration. In 2018, the biopic Bohemian Rhapsody was massive success – breaking records left and right.

In an interview with Express, May said: “There was a point in the grieving process when I didn’t want to talk about Queen, didn’t want feel it was there except as history. But I got through that and now I regard it as part of my life that will never go away … and it shouldn’t go away because it’s a big part of what I worked to create.”

He continued, “It’s like a family member: you lose them but you don’t quite lose them, because you take them with you. We were so long together and you get that closeness with somebody – particularly in a creative environment … in a creative environment you learn to know what somebody else might be thinking. You might not always be right but you have a feeling for that, and I still feel it and Roger does as well. Particularly, it applies more if we are working as Queen and we think ‘What would Freddie say and we’d go, ‘Ah, probably he would say this.’

“He’s part of the creative process because he’s part of what we are. We really chiseled this thing out all together, me and John and Freddie and Roger.”