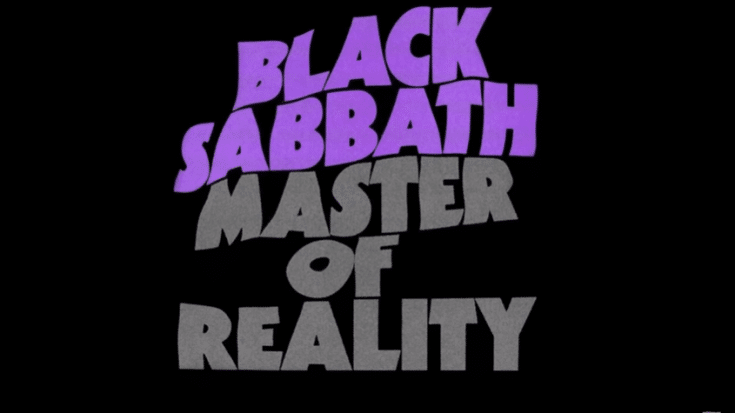 The Godfathers of Heavy Metal

Black Sabbath reached new heights with the release of their third album, “Master of Reality.” They helped lay down the foundation for heavy metal. With Tony Iommi tuning down his guitar, they achieved a darker and deeper sound. It ended up being the heaviest record at the time and decades later, Iommi’s technique is still being imitated by several bands although for him, it was more of a necessity. Nevertheless, the end result was an ominous and monstrous tone that was unlike anything ever heard at that point. And Master of Reality‘s influence even goes beyond that. The LP itself spawned several other subgenres like sludge metal, doom metal, and stoner rock.

Black Sabbath’s first two albums were essential records but Master of Reality was the culmination of the band’s genius and musicianship. With Paranoid, they refined their sound but for Master of Reality, they perfected it. They knew how to push the envelope and with their various experimentations, it all paid off with this brilliant and untouchable album.

The difference between Master of Reality and its predecessors became immediately apparent with the opener Sweet Leaf. They didn’t shy away from broadcasting their love for cannabis and with this one track, they managed to create the stoner metal. Probably to prove they weren’t devil worshipers, they made After Forever which is pro-God and pro-Catholic. It became a benchmark for Christian rock groups. Embryo is a short instrumental but still stellar – a welcome respite from all the other doom-filled tracks. Children of the Grave is one of the LPs signature songs. It’s dark, heavy, and spooky.

Orchid is yet another refreshing and interesting addition. Iommi’s virtuosity is in full display in Lord of this World. The crushing and energetic riffs are something else. Solitude is slow, quiet and moody. Compared to everything else, it’s a lonely ballad but for some reason, it still feels like it belongs to the album. Into the Void is hands-down epic. It features some of Iommi’s best riffs and guitar works. It has that otherworldly feel.

Master of Reality is the best heavy metal album of all time, bar none. It spawned subgenres and the songs became the blueprint for several bands to follow.